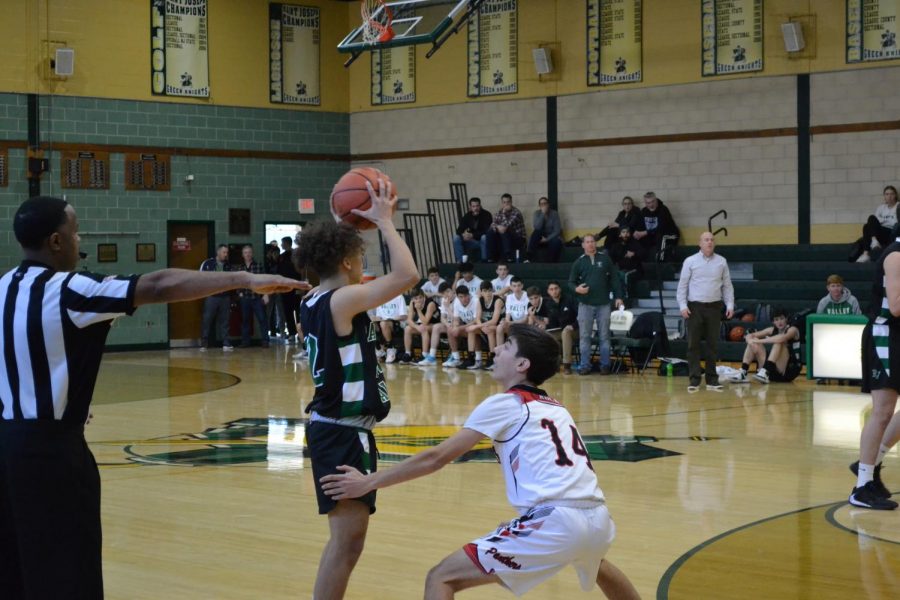 Junior guard #14 Connor Cunningham show his great energy on defense seconds after coming off the bench. Cunningham lended a helping hand as Glen Rock battled back in the second quarter of the game.

Against Pascack Valley, Glen Rock sprung out to an early 11-0 lead just minutes into the first quarter. The early charge was led by junior forward #33 Micheal Silver who made his first two three point shots. Senior, captain, #1 Nick Famularo, guard also helped with a steal, and then finished with a and one lay in, and capped off the play by making his free throw.

Glen Rock’s struggles continued throughout the entirety of the second quarter. There were some bright spots as juniors #14 Connor Cunningham, and #40 Andy Martin both played great defense and each had a steal that led to points for the Panthers.