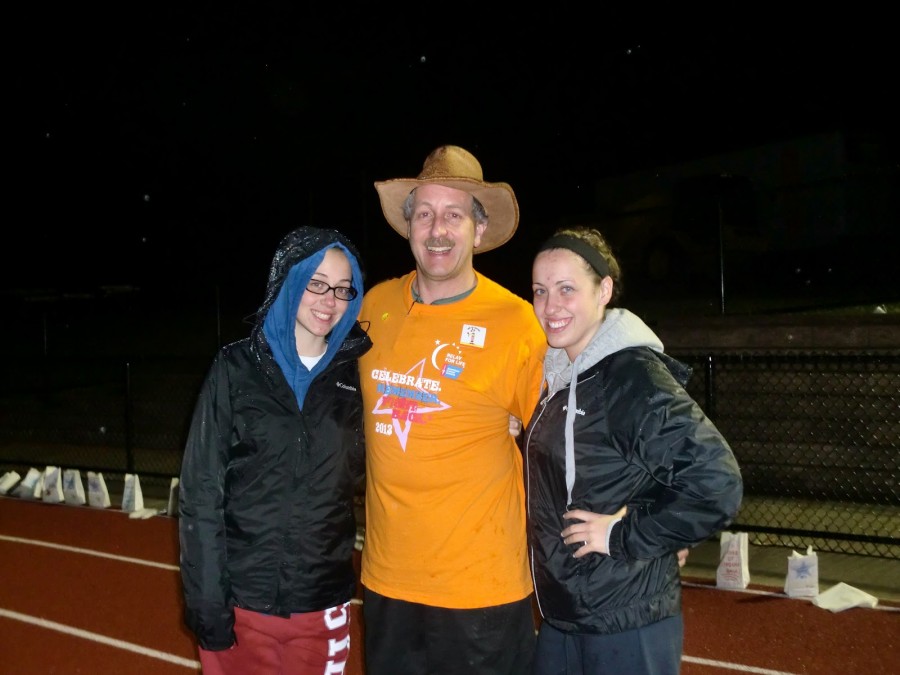 Ron Panicucci with two of his three daughters, Melissa and Michele

“Relay for Life is an opportunity for those who have been touched by cancer to share their experiences,” said Ronald Panicucci, the chairman of Relay for Life of Glen Rock.  “It promotes awareness to the community and at the same time provides a huge showing of support to those currently battling the disease.”

Glen Rock has always had a positive outcome of participants at Relay for Life.  So what is it about this small town gathering that intrigues everyone?

“I think Glen Rock kids always see doing some kind of civic duty is the right thing and I think also a lot of kids have a kind of personal story, which is sad, linking them to cancer,” said Kathleen Walter, a history teacher at Glen Rock High School whose daughter, Jean, was diagnosed with a rare cancer when she was six years old. “I think Glen Rock has always been a great community and I think that’s one of the reasons why it’s so big.”

…they keep saying, ‘You can do better,’ and keep challenging us. And Glen Rock has always actually risen to that term.”

Due to the overwhelming amount of participants and increasing popularity, the American Cancer Society heavily relies on Glen Rock’s consistent fundraising every year.

“They know how much they spend in research, how much they spend in the support services, so they know how much they have to raise every year and so they always look to us,” Walter said. “‘They’re good for  $100,000,’ and they always put a lot of pressure on to make sure and then they keep raising our goal of how much we’re supposed to make every year.  So I think that’s the change.  That they keep saying, ‘You can do better,’ and keep challenging us.  And Glen Rock has always actually risen to that term.”

As the years go by, more students and other local towns have become invested in Relay.  Organizations from neighboring areas such as Ridgewood, Fair Lawn, Hawthorne and North Haledon attend, making it more than just a school event.

“During the past two years, we have been trying to extend our outreach to recruit teams from outside the school community, and we have been successful doing that,” Panicucci said.  “My co-chair Donna Nihen worked tirelessly meeting with many local businesses and organizations in an effort to increase participation.”

Prior to this year, Glen Rock High School has always had one team.  As an individual student, it can be easy to get lost during all the preparation and just show up on the day of.  This year it has been decided that there will no longer be one high school team.  Instead, students will make their own teams, which will increase the overall number of teams at relay.  It will also make it easier for students to participate beforehand and play a bigger role.

“By having the small teams, it’s actually gotten more people involved in doing the work of the whole event.  That’s the best part about it.  It’s a bigger effort on more people’s parts, and I think it also brings them closer to the meaning of relay,” Walter said. 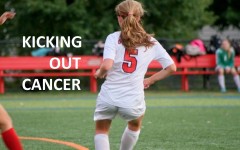 The greatest showing of participation and unity is at night, when people flood the field just in time for the Luminaria ceremony.

“It really hits home and it should for a lot of people,” Matthew Rella said.  “I think just overall people having the ability to celebrate and look back on the life of a loved one that they’ve lost, and they’re really pushing for a day when they don’t have to lose anyone.

“It’s a lot of work and I don’t know how they do it every year, but they do and they do such a good job.”

In American culture, music plays a significant role in unifying people and bringing joy to listeners.  Relay for Life is no exception to this ideology.

“Music has always been a great way to bring people together, to celebrate, to heal, to inspire and send a message that we are here to fight back until we have ultimately found the cure,” said Ryan Pifer, the artistic director at Porch Light Productions in Glen Rock.  Pifer puts together the entertainment and performances throughout relay.

“The music helps keep the energy up as Relayers walk and run the track, and their extra donations provide the necessary funds to help put an end to this horrific disease that has taken far too many,” he said.