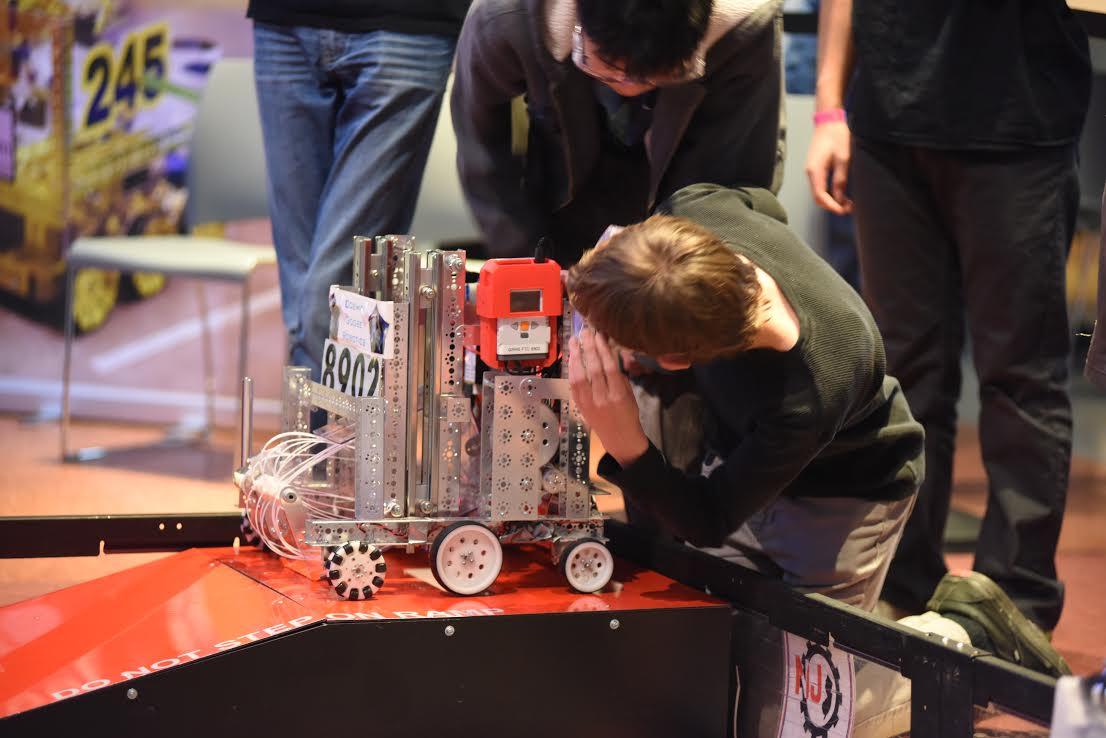 Founding member of the robotics team, Nick McRae, does the finishing touches on the robot before it competes. (Photo Credit: Elana Resnick)

Founding member of the robotics team, Nick McRae, does the finishing touches on the robot before it competes.

The robots may be made of metal and circuit boards, but the Robotics Team is built from hours of hard work, preparation and engineering ability.

This is the first year the team is functioning at Glen Rock High School. Late last year, former middle school students wanted to continue competing in robotic competitions at the high school level, so they, along with the help from Principal John Arlotta, brought the idea to the Board of Education for approval.

The team was approved over the summer and is currently advised by physics teacher Elana Resnick, along with assistance from physics and pre-engineering teacher Brian Luckenbill.

The team’s goal for its first year is to figure out a productive way to work together and to put forward a finished product.

The team consists of mostly freshman because they came from the eighth grade team along with a few sophomores. According to FIRST Robotics, there is a maximum of fifteen students per team. There can be more members who participate in the club, but they would not all necessarily be part of the team.

“You don’t need any prior experience, you just need to have some sort of excitement for robotics and be open to new ideas,” Resnick said.

As head adviser for the team, Resick does not participate in building the physical robot. She oversees its constructions and uses the power tools to cut supplies if the students do not feel comfortable. The students learn by example and, after they watch Resnick use the tools, they use them under her supervision.

“At this point, it has shifted throughout the year because it is our first year, and we are still working through a lot of kinks. At this point, I assign team leaders and the team leaders make the goals for the team,” Resnick said.

The club is divided into three separate teams. The teams include a programming team, a mechanical team and then a documentation team that works on the engineering notebook that is checked at each competition.

For Resnick, she says that it has been “a lot more” work than she had anticipated.

“But when all the teams are working right, it is very rewarding,” she said.

The team has participated in one meet and two qualifiers. A team needs to win a qualifier in order to participate in States, and the team has not yet qualified for States this year. There is a high demand for the limited positions in the qualifiers, so Glen Rock is currently on the waitlist for the two remaining spots.

The competitions take place on Saturdays or Sundays throughout the school year. After the team arrives at the competitions, the members unload their tools and materials for the robot from the bus and set it up at the table they are assigned.

The first hour of the competition is reserved to let the teams get set-up and to get judged on the physical robot. The robot has to fit in an 18x18x18 inch cube and the wires have to be attached properly, so it is safe to compete with. Once they are cleared, the team moves to the software round.

“The students do all of this. I barely oversee what they are doing,” Resnick said. “I’m just making sure they are getting to where they need to go and that they are not doing unnecessary things to the robots that might mess up future plans.”

The team also has to show the judges their engineering notebook that has records of everything that has been done to the robot to see how far they have come from the beginning. Individually, each student has to explain to the judges what they have done and what they bring to the team.

After all the inspections, they get to the preliminary competition rounds, which usually run through lunch. Each team’s round lasts for 2 minutes: 30 minutes for the autonomous mode and then 1 minute and 30 seconds to drive the robot. A minute of that time for the “game time” and the last 30 seconds are for the “end game.”

Every year the game changes. This year it is the cascade effect, where you have to get the ball in the tubes.”

If a team member is not working on the robot, they are watching the other teams compete.

“I ask them to take notes on the competition and to ask the other teams about their strategies because we are brand new and we need as much information as possible,” Resnick said. “Then they report back to the rest of the team in the bus on the way home.”

Completing tasks in different times gives different amounts of points for scoring. Then, after all of those competitions rounds, there is a qualifying match for the teams that had robots receive a high score based on points scored, penalty points and other factors.  Those teams compete to see who qualifies for states.

“Every year the game changes. This year it is the cascade effect, where you have to get the ball in the tubes. Other years they will have other goals,” she said.

For the first competition in the preliminary round, the team came in third place. There are two robots per team, the red team versus the blue team.

The team changes its robot numerous times throughout the semester and usually modifies their design between each qualifier.

“If we have a qualifier coming up that weekend, we will meet about six hours after school in the school building. Outside of school, they may take the robot home and the Friday or Saturday night before the competition, some students stay up all night working on it. It varies,” Resnick said.

Within the next few years, the team plans to improve their teamwork and qualifying for states, if not winning states.

“We are just one really close team so the collaboration between students and stuff like that together. And of course, Ms. Resnick makes it all perfect,” Nick McRae, freshman member of the team, said. 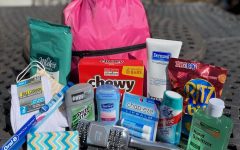 Key Club gives back to the community 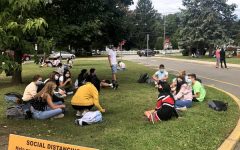 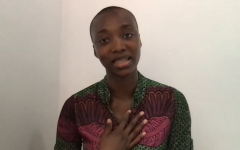