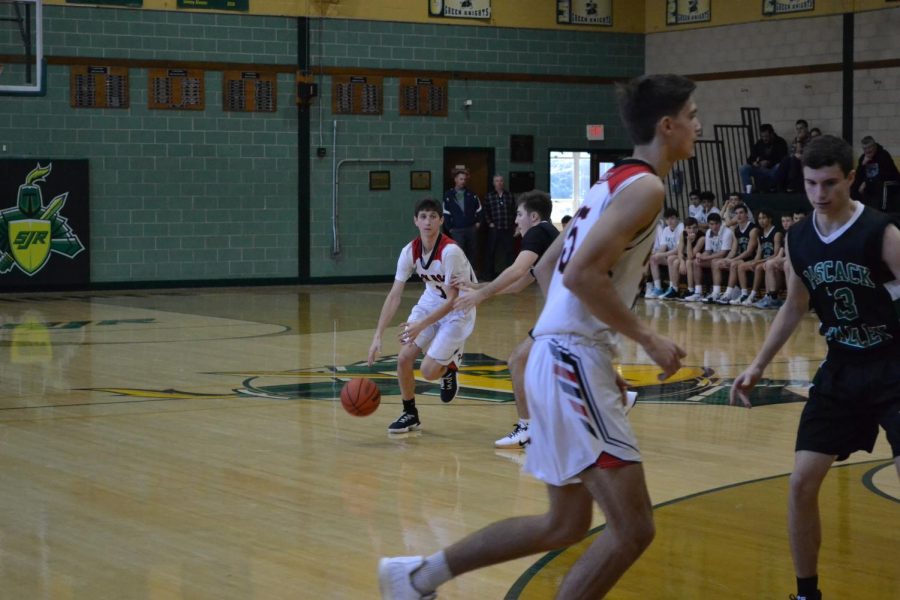 #1 Nick Famularo has earned his respect from his teammates through his two years as a varsity starter at Glen Rock, and was selected as a captain for his senior year. Famularo played a great game, finding open teammates for baskets, and scoring the ball himself.

The Panthers made a valiant effort in the fourth quarter. Martin, Famularo, and junior forward #35 Will McLoughlin helped the Panthers cut into Pascack Valley’s lead, and made the game as close as three points with minutes left in the final quarter.

The Panthers had four more rebounds, steals, and blocks than Pascack Valley, but Glen Rock’s 62% shooting from the free throw line compared to Pascack Valley’s 76% was one of the main struggles that led to a Panthers loss.