Are the bathrooms clean enough?

The bathrooms are clean (enough) 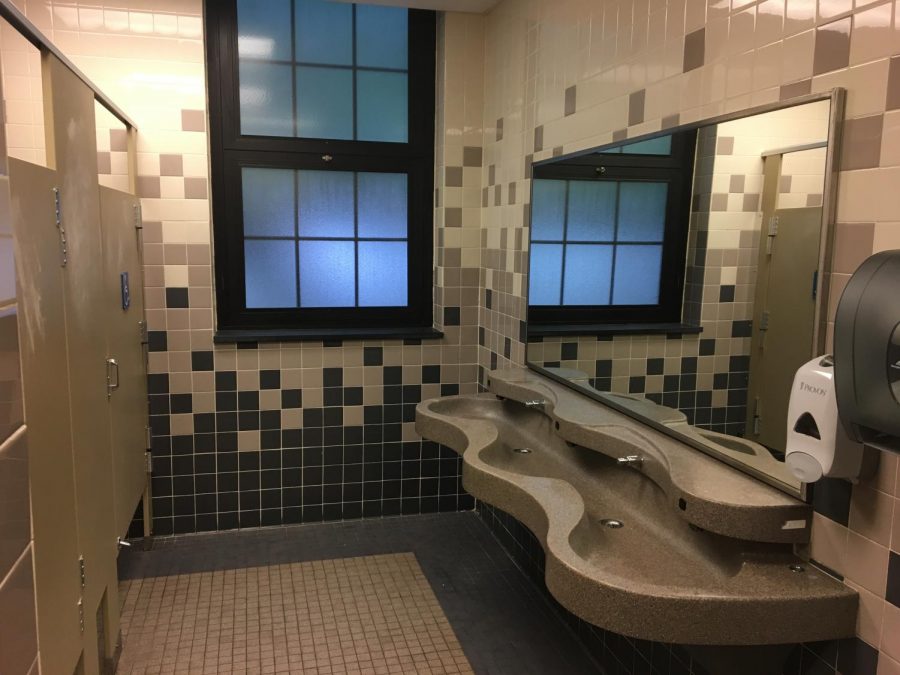 A view of the boys’ bathroom in the freshmen hallway. This picture was taken around 2:15 p.m.

The bathroom quality changes daily, and significantly per day, in fact. A bathroom may be spotless at 7:30 a.m. and the opposite at 2:54 p.m., making the exact ‘quality’ of the bathrooms very hard to identify. Plus, a large portion of the mess that is created over the course of a day is made up of paper towel wads that miss the garbage can, something that doesn’t require any serious action to fix.

A lot of bathroom cleanliness issues are like this, actually; insignificant and able to be fixed easily. If students were to simply remember to flush the toilet after every use, have all toilet paper reach the toilet bowl and all paper towels reach the garbage can, the ‘mess’ that people constantly complain about would be nonexistent.

This being said, the right actions have to be taken in order to ensure that these small issues are eliminated. If administrators were to put some emphasis on common courtesy when using the bathrooms just through letters sent home or messages on the intercom, I believe this would be effective enough to turn the messes made every day a non-issue.

It does have to be acknowledged that the current quality of the bathrooms and the way that they are treated is a problem, though. I think change is needed but only to a slight degree, and only brought about through light reminders and messages, not rules and restrictions.

The varying qualities of the bathrooms throughout the school is another factor behind why so many claim they are too dirty. Male bathrooms in the sophomore and junior hallways are far older than the ones in the freshman hallways, and often appear more dirty as a result.

However, even our lowest quality bathrooms look above average compared to bathrooms at neighboring schools. Through debate team I’ve made trips to schools like Paramus High School, Pascack Valley High School and many more, and some of their bathrooms offered fewer stalls and urinals, more bland design, and maybe even missing a garbage can.

There are plenty of other areas of focus for the administration to work on besides the bathrooms. Excessive action by the school to restrict how the bathrooms are treated would be met with backlash from the students, but all should be reminded to exercise common courtesy and maturity at all times throughout the school day.