It’s something unpredictable, but in the end is right. I hope you had the time of your life.- Green Day, “Good Riddance (Time of Your Life)” 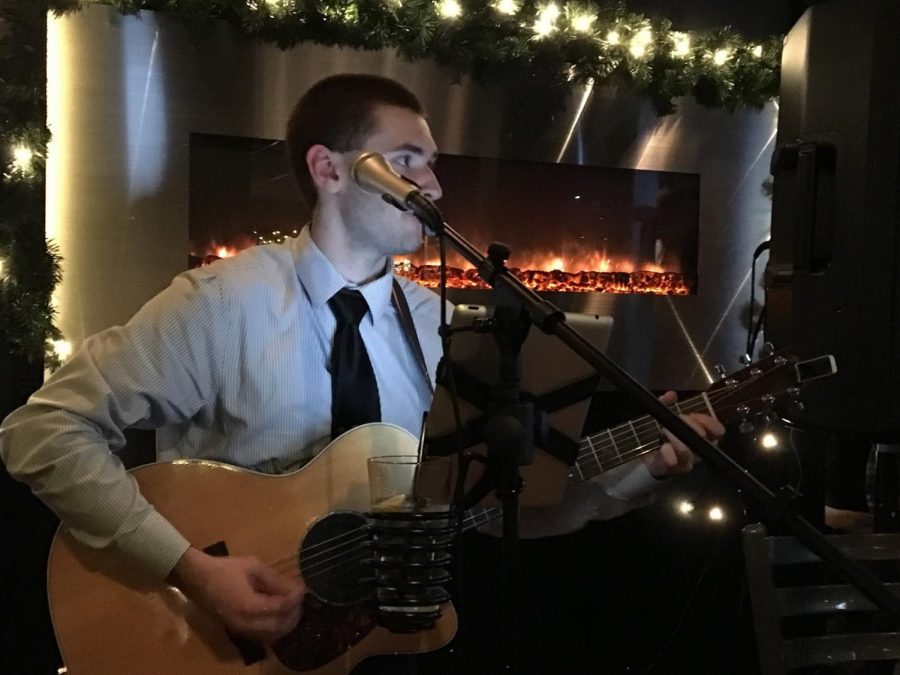 When Matthew Rief was four years old, he wanted to be a Beatle when he grew up and play a blue guitar.

At age four, Rief did not know the Beatles had broken up. He received his first guitar in first grade. His music career escalated from there, starting with that red guitar from Toys R Us. Rief eventually found out that the Beatles were no longer a band. “At some point, my dreams were shattered,” said Rief.

In the sixth grade, Rief began playing in the youth band at St. Mary’s Church in Pompton Lakes, where he eventually landed a job as the accompanying pianist on weekends. He began drumming in the seventh grade, and he picked up the piano around sophomore year of high school. Currently, Rief gives piano, drum, and guitar lessons and is a student at William Paterson University, where he is studying accounting. Rief originally was majoring in jazz music education, but the more he studied music, the less fun it was for him. He found he wanted to just enjoy music instead of studying music. Studying took the pleasure out of it for him.

While in high school, Rief played the clarinet in concert band. He was asked to play bass in his school’s musicals during high school and even after he graduated. He played in the pit orchestra for The Music Man, Fiddler on the Roof, the Wizard of Oz, and Beauty and the Beast.

“My parents were always playing music,” said Reif. A fan of the Beatles, Rief enjoys George Harrison’s music best, but his music tastes vary, ranging from present day to 60s rock to 1940s jazz. He cites his main influences as Green Day and Jason Mraz and is a fan of Jason Shimabukuro, a ukulele player.

Rief also plays gigs. One of the places he performs is the Steel Wheel Tavern in Ridgewood, New Jersey. Rief gets hired to play gigs by referrals. He has played in Lake George for a thirtieth birthday party, and along with a band, he was the opening act for Al Chez at the Stanhope House. He has a setlist of about 115 songs but only plays a portion of them at his gigs. The lineup includes Frank Sinatra, John Mayer, Johnny Cash, the Beatles, Green Day, the Plain White Ts, and many more music artists. He tries to tailor his setlist to the crowd. For example, he won’t play Sinatra for a really young crowd and stays away from the Chainsmokers if the crowd is older. He tries to “find a balance” in what he plays.

Music has had a great impact on Rief’s life, and he has observed how it has an impact on others as well. At Saint Mary’s, Rief is a musical accompanist on Sundays. There is a boy with down syndrome who sits right next to the piano every week. “He obviously loves it,” said Rief. Rief finds that music can evoke a very emotional response from people. Music makes people happy, yet can also make them cry. Without music, Rief does not know how he would be spending his time. He describes playing an instrument as an “emotional outlet.” Rief quotes Shimabukuro, saying it’s “the quote that summarizes it all.”

“‘If everyone played the ukulele, the world would be a better place.’”