The flu and young kids 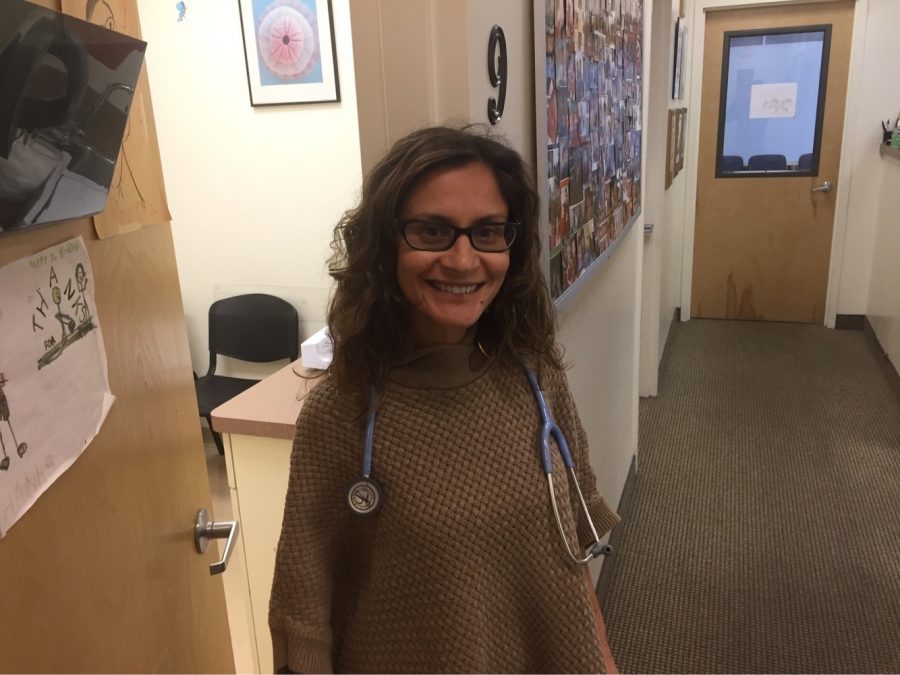 Alina Sumarokov M.D., stands in Tenafly Pediatrics, a doctor’s office that has been filled with flu patients. Sumarokov estimates that she has seen 500 to 600 kids with flu-like symptoms.

The office’s exterior is made of dark brown bricks with a lighter brown around the front door. The sign above the door reads Tenafly Pediatrics, PA. Patients walk through the front glass doors and toward a desk area swarming with nurses and receptionists. The room splits into two sides, well and sick. Parents and kids sit and wait while some play with the toys around the room. The mural on the wall shows children playing happily, and fish are swimming in the fish tank in the center of the room. This is where Alina Sumarokov, M.D. practices, helping children and their parents learn about their health.

Sumarokov originally trained to be a pharmacist, but during the process she realized she was more interested in physiology and anatomy. This led her to medical school after working as a pharmacist for a year.

Tenafly Pediatrics was in high demand as more and more concerned parents brought their kids in to test them for the flu. The office began increasing its hours in order to accommodate all the incoming patients. The climax of the season for their office was February. Fortunately, the numbers have since decreased and are returning to normal. While Sumarokov estimates that she has seen around 500 to 600 kids, she guesses that the entire practice has seen thousands of kids with flu-like symptoms.

The many reports of death from the flu caused concern at Sumarokov’s practice, but she herself had not seen a particularly extreme case. Fortunately, she never had to send a child to the hospital due to flu-like symptoms.

In order to prevent kids from spreading the flu around school, Sumarokov tells families that a child should only return to school after 24 hours with no fever. However, Sumarokov noted that the way that the person feels is also important when making the decision to return to an average schedule. Sumarokov believes that a previous flu patient who still has concerning symptoms– fatigue, lack of appetite, vomiting, etc.– should still remain home for a few extra days.

Like Cinthia Holland, Sumarokov also treats the flu with Tamiflu. Sumarokov uses this on a case by case basis because she finds that many children do not require this medication unless they are very sick or have chronic diseases that may result in complications.

While Sumarokov feels it is important to prevent the flu and seek help when developing flu-like symptoms, she also recognizes the anxiety that many people have about the flu. She feels that the flu is often blown out of proportion by news coverage and notices that the majority of kids who develop the flu are well enough to fight it off. However, she said that she is always around to reassure concerned parents and their kids.

“I say this to all of my parents, if you really are worried and you would like for us to take a look at the child we’re always there,” Sumarokov said.