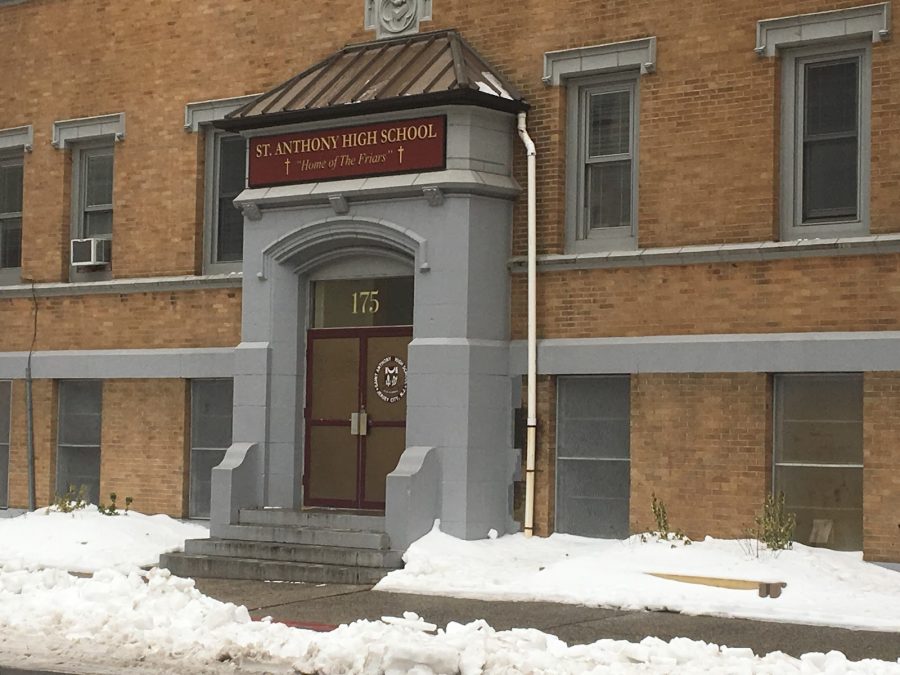 Pretty neighborhoods, a cute downtown area, a great school system and the sense of community is what makes the town of Glen Rock appealing. A ten foot basketball hoop is fixed on the edge of a driveway of this small town suburban home. To the right of the hoop, lay a pathway which cuts through a front lawn of coarse green grass leading to a big tudor style house. Its multiple windows and it’s big brown front door provide a gateway into the world of an ordinary Glen Rock family. Wooden floorboards travel through rooms of the house, supporting a large dining room table, and large fluffy couches which create a warm setting around a cozy fireplace. Across from the fireplace stands a television, displaying the news, shows, or sports games for the family to watch.

The world encapsulated in this house belongs to the Wojnarowski family: two kids, Annie and Ben, the mother Amy, and the father Adrian. The quaint little town was a great place to raise their family, and it offered an easy commute to New York City. Despite working in the city or flying on a plane to catch a basketball game, this home creates a warm, nurturing, family-oriented environment for the writer.

The family had moved into that house while Adrian wrote for The Record. As he was engaged in a full time job there, he decided to take on an additional job: writing a book.

Publishers were rejecting proposal after proposal; Adrian couldn’t get anyone to purchase his ideas. He was on verge of throwing in the proverbial towel. Yet one idea caught the eyes of several publishers.

The idea was to write about a high school basketball team in Jersey City, a diverse, divided area. On one side of the city  there’s a beautiful waterfront and a growing financial district, yet on the opposite side lies an urbanized, gritty community. On the opposite side of the city’s divide, located in the heart of Jersey City, a confined, dimly lit, small bingo hall gymnasium is where the St. Anthony’s basketball team had practiced. With the building’s deteriorating walls, dysfunctional floorboards, and low hanging ceilings,the small gym wasn’t nearly big enough to meet any basketball court standards. Nestled amongst the decrepit conditions of the gym lay a story that Adrian picked up on. This was where he traveled to to compose his story The Miracle of St. Anthony.

“It felt like a compelling story that transcended sports and allowed me to tell a broader story of the perils facing inner-city Catholic high schools,” Adrian said.

The story follows an intense and inspirational main character, the team’s coach Bob Hurley,guiding the basketball squad in anyway he can throughout the season.  He was determined to have the team win games, but to also create better lives for the players. The goal of St. Anthony high school was to educate inner city kids. Hurley struggled to make sure teenagers would no longer be lost to the streets of Jersey City and worked hard to get his players scholarships. Adrian followed the journey of how he led his team to victory on and off the court.

A bus packed with the team’s players traveled through the gritty streets of Jersey City. It was headed toward the opposition’s gym. The rickety bus intensified the players pre-game jitters. The dirty black tires bounced over a bump in the road, causing the bus to shake and the passengers to unwillingly stir in their seats. Adrian tagged along on the bus to the team’s away games, helping him to write the moments more realistically. Whether it be on the bus, the school, the gym or the locker room, wherever the team went, Adrian followed.

To learn more about the subject matter, he had traveled around the area with Hurley in his car and spent a great amount of time in the school. He interviewed a range of people: tough-minded driven nuns, teachers, coaches and players. After transcribing the tapes from his interviews that day, the words of the story he was composing came to life.

This was a great deal of work on its own, but Adrian was still managing his other job. On an average day, he’d work like any other columnist at The Record, yet at two in the afternoon he found his way commuting into Jersey City, getting those interviews and following the team to their practices or games. Not only did this double, possibly even triple the extent of the work he needed to do, but it also impacted his family life.