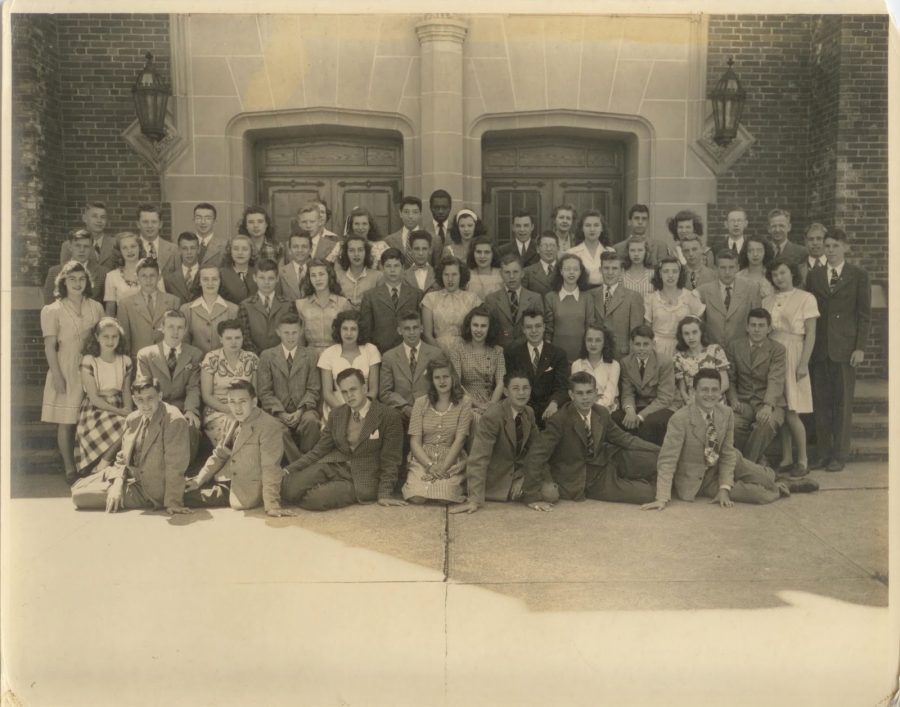 On a Sunday afternoon around 1:30, December 7, 1941 to be exact, the Zier family was sitting around the kitchen table eating lunch while listening to the baseball Giants play the Brooklyn Dodgers over a live radio broadcast when an announcement interrupted the football game.

“We interrupt this broadcast to bring you a special news bulletin; The War Department reports that unidentified planes have attacked naval installations at Pearl Harbor, Hawaii. Stay tuned for further developments.”

The boy’s father, Ronald Zier, immediately exclaimed, “This is war!” He worried for his brother, George Zier, who was stationed as a Coast Artillery member at Pearl Harbor. The planes were identified as Japanese within the hour, and that same week, Germany had declared war against the United States.

George Zier fortunately wasn’t hurt, and his gun crew managed to get a reported hit on a Japanese plane. Just as Ron Zier had exclaimed, this was war.

With war brought rations. The family had a Victory Garden for three years.

“I remember picking 80 tomatoes one day,” Zier said. Other products like meat, butter, eggs, even gasoline and tires were rationed. The neighborhood was in a semi-blackout mode, and no outdoor lights were permitted. The once illuminated New York City skyline went dark, and cars had a portion of their headlights covered in fear of ships casting a silhouette against the skyline, making them easy targets for German subs.

The family began saving cans, tin foil, bacon grease, and any scrap metal for the war effort. Ronald Zier Sr. had become an air raid warren for the area of Glen Rock.

By 1942, Ron Zier Jr. had entered the seventh grade and was enrolled in Glen Rock Junior High School.  He walked half a mile along Harristown Road to school every morning, passing two dairy farms on his way.

Some of Zier’s most prominent memories of Junior High mark significant days in American history. On June 6, 1944, just as he had been during the bombing of Pearl Harbor, Zier listened to radio reports of the D-Day invasion of Europe. He and his entire class listened to the radio at 9 in the morning on May 8, 1945 to listen for official reports of the end of the war. The voice of Winston Churchill addressed the classroom, and the world, about the cessation of hostilities. School that day was closed.

On August 7, 1945, a nuclear bomb was dropped. The bomb that was dropped half way across the world ended the war and is largely considered the most important event of the 20th century.

“[Hiroshima] forever changed not only our concepts of war, but also our understanding of nuclear energy and its availability to mankind as fossil fuels fade,” Zier said. Word of the explosion was brought by the six o’clock evening news into the Zier household that night. Ron Zier remembers feeling ambiguous about the attack. The bomb successfully eliminated an entire enemy city, but also devastated an entire city of people and threatened the future of nucleus wars.

Less than a week later, August 15, 1945 was a celebration in Glen Rock. The Ziers celebrated the discharge of George Zier and the end of war.