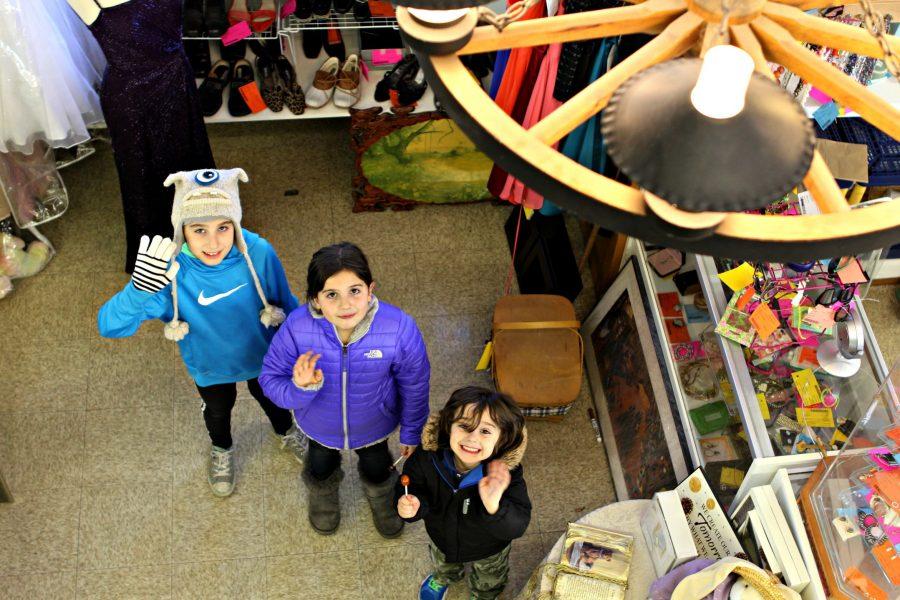 The Wyckoff PTO (Parent-Teacher Organization) Economy Shop is a non-profit consignment store that functions on the generosity of its surrounding community and volunteers.

The modest shop began in 1947 as a series of monthly garage sales hosted by Wyckoff mothers. Since then, the Economy Shop moved into the old Wyckoff train station. For many years now, the quaint red barn has sat in front of the Wyckoff Main Street train tracks with open welcoming doors.

“Our main mission is to help kids and to build kid’s programs at the schools. That aside, I think all of our volunteers always speak to the friends that they’ve made, the camaraderie of the shop, the fun that the teams have in supporting this mission,” Jane Baczynski, marketing manager of the Economy Shop, said. “I think that’s why so many of us give so much of our lives, literally, to the shop. You kind of get pulled in, not because you’re forced to, but because there’s something bigger than us there. There’s an energy there and there’s this team effort to give back to the community.”

You kind of get pulled in, not because you’re forced to, but because there’s something bigger than us there”

In the past three years, the Wyckoff PTO Economy Shop has distributed over $120,000 to the Wyckoff Public School District and Ramapo and Indian Hills High Schools.

“The money is given to the PTO for them to decide what they wish to do with the money. The money that the PTO has received has increased yearly,” treasurer Fran Waller-Robertson said. “Our consignors get sixty percent of what is sold and the shop keeps forty percent. So at the end of the quarter after all our bills are paid and our consignors are given their sixty percent, I make a judgement as to how much money we have. We then divide that amount by seven and that’s how much money is given to each of the seven schools.”

Each school year, the net profits are distributed equally to the parent-teacher organizations of the seven Wyckoff schools.

From the 2014-2015 school year, nearly fifty thousand dollars were donated by The Economy Shop to the Wyckoff school system. Each school received over seven-thousand dollars that were then used for student scholarships, teacher grants, field trips, STEM programs, and school ground maintenance, to name a few.

Currently, the shop has approximately 277 consignors who can possess up to four accounts each, with eight items in each account. However, The Economy Shop thrives off of the altruism of its community and the donations that it receives.

“The town is very generous as far as donations are concerned,” Waller-Roberston said. “I would say this year a minimum of three-hundred people have donated items.”

Donated items are examined to ensure that they are in an appropriate condition to sell. Any garments or products that do not make it past this initial inspection are donated to nearby non-profit organizations.

“Nothing gets thrown in the garbage with us, we find a place for everything,” Waller-Roberston said. “Even if it has a rip or what have you there are places that even need that. If you already have nothing, a ripped sweater is everything.”

The donated items that remain unscathed are then marked to be sold and the shop receives the profits. However, if the product is unable to be sold after four weeks, then the item is discounted by fifty percent. After the following two weeks, if the product still has yet to be sold, then it is donated to local organizations such as Oasis and Star of Hope.

“It’s a powerful thing when you see items coming in that are not going to a landfill and are not going somewhere into a dark hole. They’re actually going to someone else that’s going to enjoy them and use them and give them continued life, if you will,” Baczynski said. “Perhaps, take something and rework it to be something else. I think that’s more powerful than when you go into a for-profit business and you buy items that are really going to the bottom line that are going to that company versus our bottom line which is going back to fund programs for children in the community.”