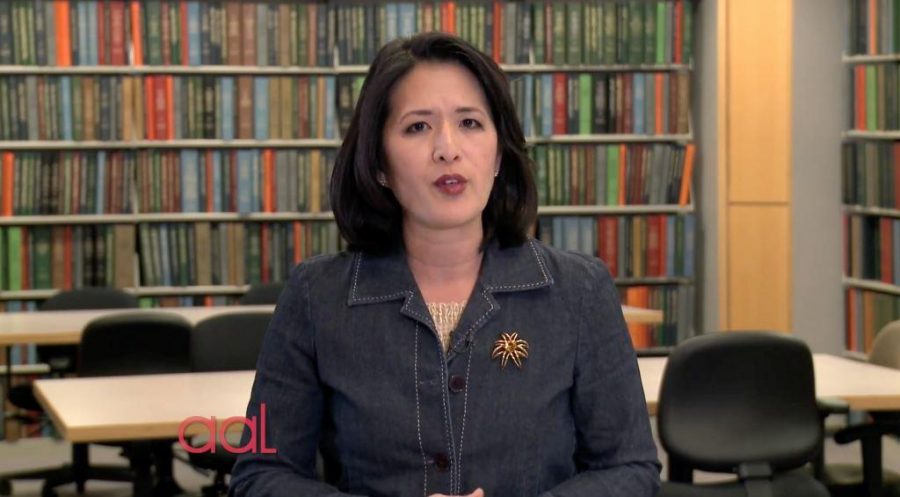 “College is a time to explore. Do whatever you want. Do not think about your future. Just study what you want to study.”

Those were the words Minnie Roh’s father said to her when she decided to major in linguistics and anthropology as an undergraduate at Columbia University.

At the beginning of Minnie Roh’s career path, she had no idea she wanted to be a reporter. Her first job was as a page at NBC, and she gave tours, had daily assignments and worked in various departments to see what she was interested in.

Roh worked in sports and programming before she found her passion for the news and decided to attend Columbia University’s Graduate School of Journalism.

I am always consistently a couple of years later behind all of my peers. But it doesn’t matter. At the end of the day, we are all kind of equal now.”

“I had no pressure, but in a way, it kind of set me back from the rest of my peers because everyone who wanted to do journalism was already on that path,” Roh said. “I am always consistently a couple of years later behind all of my peers. But it doesn’t matter. At the end of the day, we are all kind of equal now.”

Once she graduated from Columbia, she returned to NBC and answered phone calls for their Nightly News desk.

“This time it was a little more like we could go out and do quick interviews for producers and we thought we were so great being able to do that,” Roh explained. “That kind of built the foundation and I decided I wanted to go on.”

Roh was then hired by NBC’s Dateline as a producer, where she created 10 to 15 minute packages.

“When I was on it, we did a lot more investigative stories and really good hard hitting news stories,” Roh said. “Now it is all of these one hour crime interpretations.”

After about seven years at Dateline, Roh felt like she was missing something, so she left and decided to go on air at age 33. She shot, edited, wrote and took live shots for the Time Warner station in Raleigh, North Carolina.

She quickly realized that she hated shooting and needed a photographer.

“So then I went to Richmond in Virginia and that is when I really cut my teeth on local news,” Roh said. “I worked there for about 7 years and I anchored and I reported and I did special consumer reporting too. That is where I really got my reporting jobs.”

Soon after, Roh had children, moved up to New Jersey and slowed down her career, only freelance reporting here and there. She taught reporters at a Korean news station how to report, edit and write articles. Then, in April 2014, she was hired as a reporter at CUNY for Asian American Life.

“Minnie is a very focused, smart, intelligent journalist,” Maria Lord, senior producer of Asian American Life said. “It is wonderful to work with her. She has strong story ideas that are always investigative by nature because she came from an investigative newsroom background.”

“She is very inspiring because her vision to try to tell a story is amazing,” Sam Shakya, her current editor, said. “She is very thorough and thoughtful and if I need something, she will get it for me.”

Although Roh did not win the Emmy-award for which she was nominated, she still felt proud to have brought so much attention