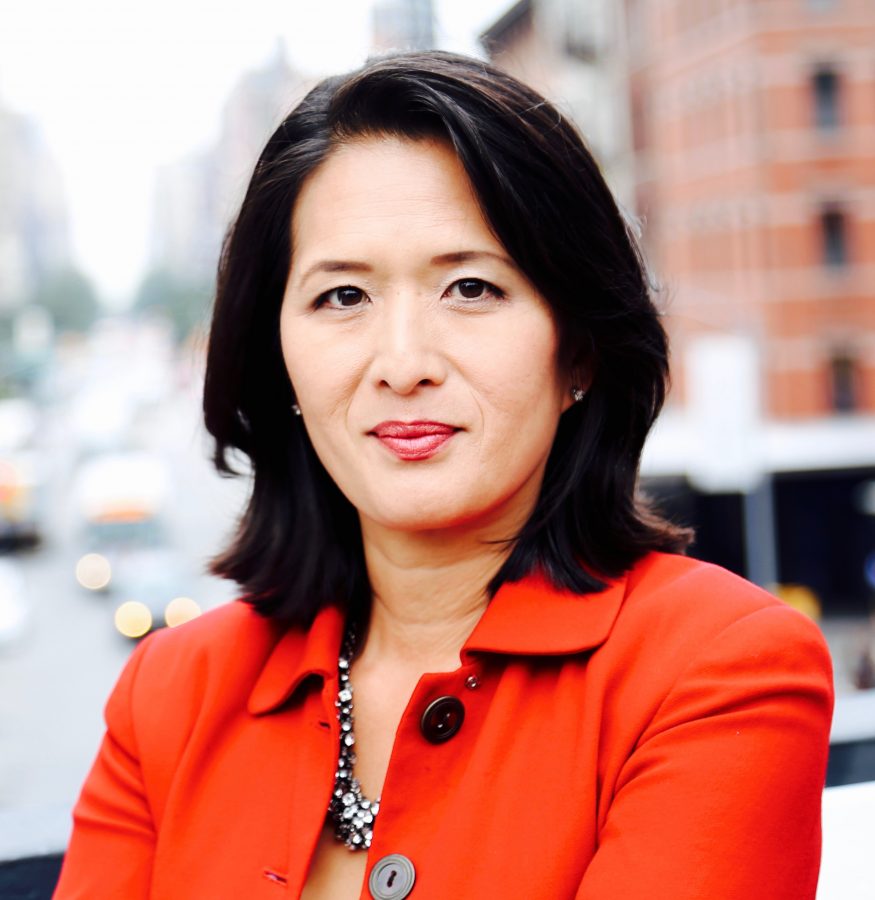 Minnie Roh, a Glen Rock resident, is a news correspondent for Asian American Life and was recently nominated for an Emmy Award.

Out of the 318.9 million people that live in the United States, Asian Americans make up 5.6% of the population. Yet until 2013, there were hardly any television shows dedicated towards reporting their lifestyles and needs. The Asian population is similarly rarely showcased on primetime broadcasting stations.

It is monthly news broadcast that focuses on Asian stories with an American hook, and it runs for 30 minutes. The first show aired on June 10, 2013.

It started as a pilot program and did not take off until 2014. As the show gained popularity, the team expanded and that is when Roh joined. Since the first development, they have added two more reporters.

Roh said that the public is “starved for any kind of reporting” about Asian Americans.

At the time, Roh was not looking for a job with a huge time commitment since she has children and, thus, a more restrained schedule. She was no longer interesting in standing in the middle of a storm and breaking the news. Her friend casually mentioned that the show was hiring, so Roh sent in her reel, went for an interview and booked the job.

The Asian American Life team currently consists of five reports and an anchor, all who have backgrounds in local news. Some have been journalists for over 20 years.

Senior producer of Asian American Life, Maria Lord, used to be a producer for NBC News for the TODAY show.

“We have a small team, but we all came from a network,” Lord said. “We share stories in a news magazine format, so any subject or issue that we cover, we present it in a way that you would be on mainstream network news.”

Comfort women is probably the most hard-hitting news that we have ever done.”

The show broadcasts on the CUNY channel, which also airs shows about different ethnic groups including African Americans and Hispanics. The shows consist of in-depth reporting on each specific subject.

“What we try to do is raise some of these issues, so they will not be forgotten because they are an important part of history. How does it relate to people here in America? Why would they be interested?” Lord explained.

Most of the show’s reports are not investigative, but rather light and feature-like.

“Comfort women is probably the most hard-hitting news that we have ever done,” Roh explained. “I am currently working on a story about exploited workers and undocumented workers. That is hard hitting as well.”

On traditional news broadcast shows, the reporter has to share the news in a way to reach the entire viewing audience. It is also a struggle for reporters to be in-depth with their stories because they do not have the resources and airtime. Asian American Life does not have these same restrictions.

“This is a great show now because I can really sink my teeth into Comfort Women, which really I would have to fight to get on the air somewhere else,” Roh said.

Asian American Life is a nonprofit show, so it is hindered by budgetary constraints and other issues.

The show is also New York based, so they do not broadcast national stories.

The team uses Skype and other technological applications for interviews and research to limit travel.

The team runs their weekly meetings like a regular newsroom where they brainstorm and pitch ideas. Each journalist comes to the meetings prepared with a good argument for when they have to pitch and defend their stories.

“We try to tell stories that are unheard of or untold that you might not necessarily see in network news,” Lord said. “We try to keep it topical and related to newsworthy events that are happening right now.”

Even though people might not see our show here in the United States, because we exist online, we are reaching all over the world.”

According to a Nielsen report, Asian Americans are the leaders in social media usage. To address its audience, Asian American Life uses Facebook and Instagram. Its Facebook page has 2,254 likes and it has 20 followers on Instagram.

“We have had great success because we are finding out that people are following us from Australia and Philippines. To our surprise, even South America,” Lord said.  “Even though people might not see our show here in the United States, because we exist online, we are reaching all over the world.”

“I think that in that way, even if the Japanese government is not willing to step up, through the power of social media, not people will know and it is another way of educating the world,” Roh said.