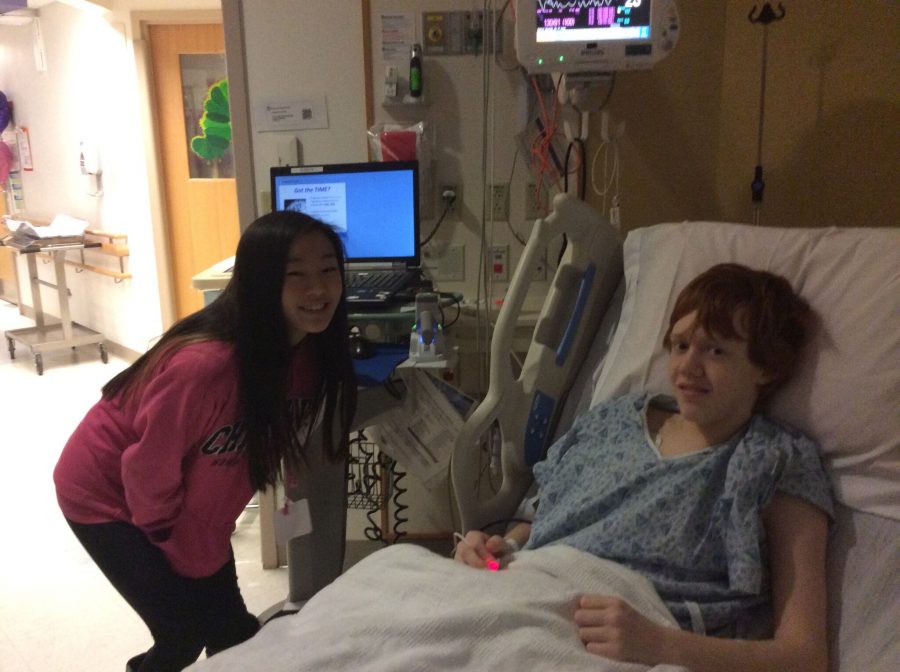 Chris Roddy was no stranger to hospitals.  He was accustomed to the sight of people racing up and down the meandering corridors.  He was used to the perpetual sound of beeping monitors and machines.  He was nearly noseblind to the smell of antiseptics wafting through each room.  He often felt away from home. However, that didn’t make it any easier.

Chris was diagnosed with hydronephrosis at birth, which is the swelling of the kidneys due to a buildup of urine.

In the fall of 2013, Roddy’s condition worsened and he was unable to attend school. The winter months began to creep up on the crisp autumn days.  The sun struggled to shine through the thick layer of clouds that hung over the dull, grey-hued sky.

On January 1, Roddy left for Boston, where he spent the majority of the month in the hospital.  Days were no longer filled with school, golf and friends but rather doctor visits, procedures and endless testing.  Time was split between the hospital, dialysis and the family apartment in Boston.

Inside the apartment, the television screen streamed episodes of Modern Family and Psych constantly.  Endless amounts of cards and gifts festooned the once unfamiliar space.  Muffled sounds of the shows distracted Roddy from the idea of a kidney transplant but only for a little.  The X-Box was always in use: an escape from the stressful days endured by the young eighth-grader.

On the morning of his first dialysis session, Juliana wheeled Chris down just as a proud big sister would.  This marked the beginning of a remarkable journey.

The first hurdle arrived: Chris was ready to have both of his kidneys removed.  The sun pierced the darkness as night turned to day  The sunlight tinted the clouds pink and the rosy hue filled the morning sky.  Roddy was wheeled into surgery promptly at 7:30.  After a grueling 10 hours, both kidneys were removed and Chris was prepared to receive his father’s kidney in a few short days.  Dialysis continued just as the waiting did.

The sun rose once more, but this time it was Chris’s fourteenth birthday.  While he sat through his final dialysis session, the entire room erupted in “happy birthday!”  Staff, patients and family members joyously flooded in to celebrate.  Chris was surrounded with balloons, gifts, birthday cake, cards and even a personalized Derek Jeter jersey.  In less than 24 hours, though, he was going to receive the gift he had been long awaiting: a kidney.

Chris settled into his new hospital room and stuck the mundane walls with WWE Fatheads.  His next opponent would truly be a wrestling match.

Emotions circulated the anxious atmosphere on the morning of January 30.  Family members began to arrive wearing red in honor of Chris.  224 miles away, the students of Glen Rock Middle School and Glen Rock High School were also wearing red to show support for Chris as he embarked on his brave journey.

Roddy and his father were separated through the sea of red shirts.  The sound of the gurney rolling down the hallway into the operating room solidified the events occurring.

After hours of restless waiting, both Chris and his father were out of surgery and doing well.  A feeling of great relief engrossed the waiting room.  The worst was finally over.

The following months were spent with check ups, small recovery procedures and tying up all the loose ends.  A new life was ahead of the Roddy family.