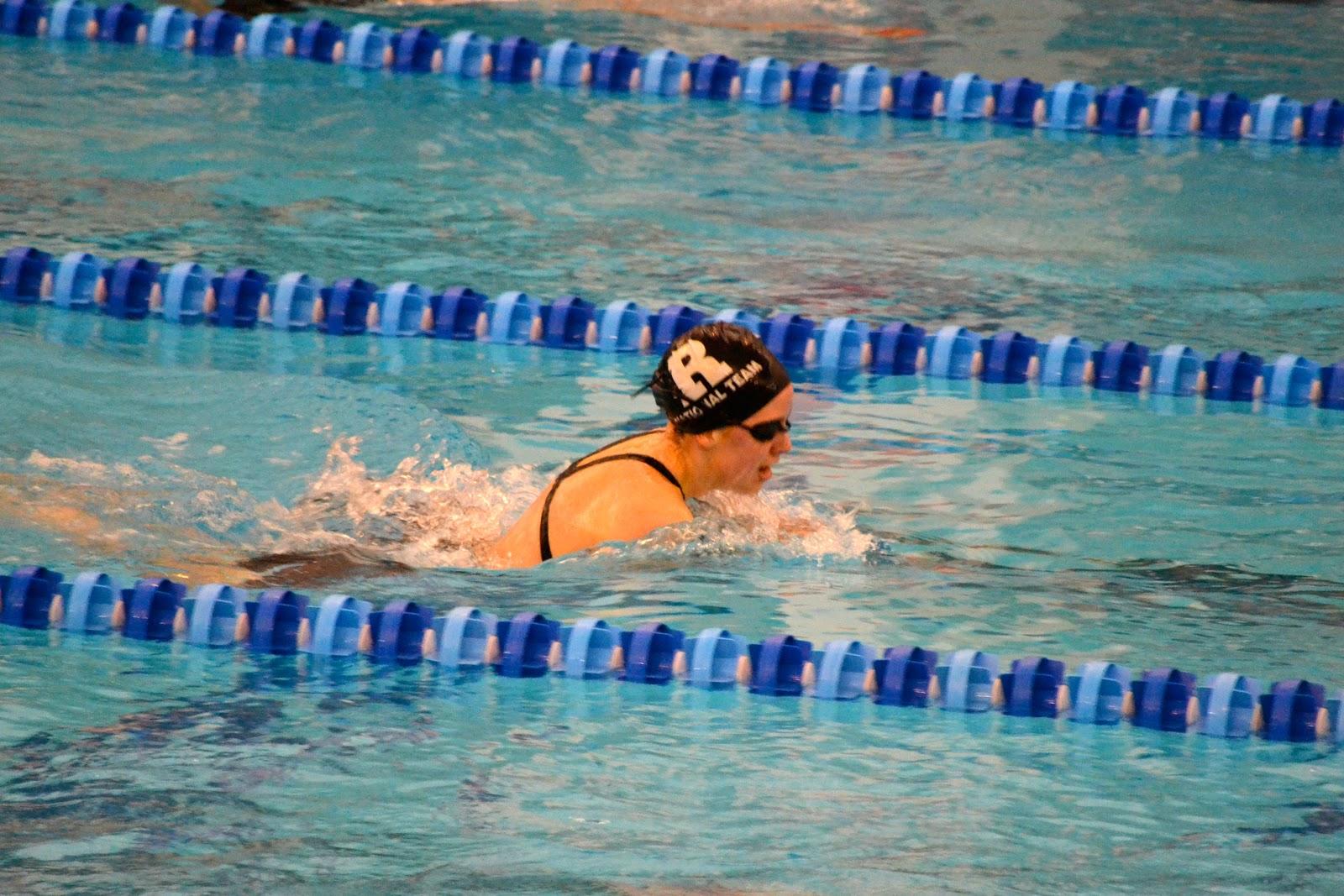 The only thing Lauren Boos can feel when she swims is the water pulsing around her and the adrenaline rushing through her body. Her strong arms tear through the water and her legs kick and splash, bubbles blowing from her nose and waves rippling throughout the pool.

As she pushed ahead of the pack of swimmers, she feels the wall as she places her feet against it and pushes off, flipping in the process. In her final lap, her lungs burn and her muscles ache but she keeps going. As her fingertips hit the wall, the announcer yells her name: “Lauren Boos! Lauren Boos is the winner of the Women’s 1500 M Distance Freestyle!”

At the 2014 YMCA Long Course National Championships, Lauren Boos, a junior at Glen Rock High School, placed 1st in her heat and 18th overall for the entire National competition.

“Last summer in Long Course at Nationals was the greatest thing, because when I was swimming I was in front of everyone, and the announcer, which I couldn’t hear because I was underwater, but my mom told me and my friends that the announcer was saying my name the whole time. That was exciting,” Boos explained.

Jumping into the Pool

“When I started [swimming] I was 5, turning 6. My doctor told my mom that swimming is good for your heart, so then my mom put me in lessons, then swim team. I wanted to do it more than she did, though,” Boos recalled. “I was practically drowning whenever I swam.”

On average it’s about 15 hours a week, and if we have a meet that weekend it’s a lot more time.”

However, swimming has become more than just a hobby and survival skill to Boos. It has become an enormous portion of her life and requires practices six days a week at the Ridgewood YMCA.

“In practice we’ll swim for around two to two-and-a-half hours, then sometimes we have dryland or lifting which is around 45 minutes to an hour. Practice is about three and a half hours probably two or three days a week, and around two and a half the other days,” stated Boos. “On average it’s about 15 hours a week, and if we have a meet that weekend it’s a lot more time.”

She and her team attend meets around New Jersey and other parts of the country to showcase their talents and hopefully bring some titles back to Ridgewood.

“We’ll have a meet, like once a month. It depends on the month, like in March, that’s the big season, and December is a really big season to swim, and the summer.” Boos said.

Hours of practices each week are not for nothing – Boos’ talent and dedication do not go unnoticed.

“My first impressions [of Boos] were that she was a great distance swimmer with lots of potential,” said Ramon Koch Carneiro, a junior at Kearny High School and Boos’ boyfriend of almost eight months. Carneiro swims for Skyy Swim Team and met Boos through the swimming community. “She’s a really good distance swimmer; proof of that are the records that she holds at her YMCA club, such as the 800 meter and the 1500 meter.”

It helps with time management a lot because you spend a lot of hours in the day swimming, and then we have to manage school, and friends, and it’s just a lot of work so I think I have good commitment to things.”

Years of practices and training have taught Boos more than just mastering freestyle. Dedicating hours of after school time everyday and on weekends has been very beneficial to Boos and the members of her team regarding time management and organization. Dedicating hours a day to both swimming and training while balancing both advanced placement and honors classes and an active social life is no easy feat. However, swimming hasn’t caused Boos to break – it has merely forced her to hone her time management skills.

“It helps with time management a lot because you spend a lot of hours in the day swimming, and then we have to manage school, and friends, and it’s just a lot of work so I think I have good commitment to things,” Boos explained.

All of the time in the pool is more than just endless hours of work. Being part of a large team that travels to many other states and competes in events across the nation has helped Boos create a network of friends and form lasting relationships.

Boos will have been swimming for the Ridgewood YMCA Swimming Team, The Breakers Swim Club, for 12 years this upcoming fall of 2015. There, she has set two club records, ones that have not been broken to this day – in the Women’s 800M and 1500M Freestyle. On a board next to the pool, there are two certificates stating her name and times.

Boos’ best stroke is freestyle, specifically in distance events, like the mile. She competes in both long and short course, and has previously attended four national long course events and two short course events.

The Natatorium at West Point

There’s more to Boos’ swimming career than just swimming at the local YMCA. She hopes to swim for the Army Black Knights at the United States Military Academy at West Point, and go into the army after four years there.

“I really want to be in the army, but I want to go through college. And it’s a really good school, with education and athletics,” Boos said of the school. “When you’re there you have to not just take academic courses, but you also need physical training. You’re training to be in the military so you do drills, you run, you do physical activities, like weights and stuff. And then every person that goes there has to participate in a sport to keep up their training.”

USMA, or more commonly referred to as West Point, is your not-so-typical four year college – it is one of America’s five service academies, the other four being the Naval Academy, the Coast Guard Academy, the Merchant Marine Academy, and the Air Force Academy.

Besides being a service academy and requiring four years of active duty upon graduation, West Point differs from a  typical state university in many ways. It is a small school, having a student body of around 4,500 cadets. The cost of tuition is free – the U.S. army will pay for each student to go there, provided they enter into a branch of the army after graduation.

You have to get two recommendations from a congressman, or a senator, or any type of political person. And then you have to have athletics, academics, and leadership.”

The atmosphere of West Point is very different from a normal college. At West Point, and at the Naval Academy, each student, or cadet, follows what is known as the Cadet Honor Code. This code, which acts a moral backbone for everyone on campus, states “A cadet will not lie, cheat, steal, or tolerate those who do.”

Not just anyone can become a Black Knight – the school has a very rigorous application process and a mere 8% acceptance rate.

“You have to get two recommendations from a congressman, or a senator, or any type of political person. And then you have to have athletics, academics, and leadership,” explained Boos. “This summer, I’m doing a Girl’s State Program, where you learn about the government and how that works and that’s a leadership program that they recommend you do. There’s also the training, too, you have to be physically fit to go there, definitely.”

The application process for a public university typically includes filling out a common application and submitting it, or filling out an application that is specific to the school. Colleges will typically require test scores such as the SAT or the ACT, and an entrance essay. Not with West Point. In order to apply, each applicant needs to pass a physical exam and get a recommendation to attend by a United States Congressman, or the Vice-President or even President of the United States.

“It takes a lot for a person to go there, so they want to make sure that you actually want to go; all of the essays and all of the people you have to meet with, they all want to make sure you’re going for the right reasons and that you’ll be committed when you get there,” said Brady Miller. Miller is a senior at Glen Rock High School and will attend West Point in the fall of 2015, Class of 2019. There, he will play varsity sprint football.

However, Boos does not have to go through this grueling process on her own. Miller has been helping her step by step through each section of the application. The application can take several weeks to get through: for Miller, it took about two months, working consistently on it everyday.

“[Miller] gives me information about their summer program, which I applied for, but I won’t know until May if I got in. He’s done that and he’s helping me, he’ll tell me when to apply for the Senator’s recommendations. I’m meeting him soon to talk more,” said Boos of Miller and his commitment to help her.  “You have a field force representative that helps you through the process, but just because he’s gone through it personally it really helps a lot.”

For Boos, West Point and serving are more than just a lifestyle – they are a family tradition.

“I’ve always been interested in the military because my dad was in the Navy, so I’ve always had the experience. And my cousin went to West Point, too, so it’s just always been something that’s cool, and I’ve visited there a bunch of times. I think it’s always just been something in the back of my mind. Entering high school, I realized that I would love to go there.” said Boos of her choice.

In terms of sports, West Point is known for dominating the field of college athletics. It is Division I for most of their sports teams, such as lacrosse, rugby, football, and ice hockey, and have a large number of women’s teams as well. However, the sports team are not just for the gifted; each cadet must participate in a sport, whether it is varsity, club, or intramural, while attending.

However, the main appeal of West Point, to Boos, is its Division 1 swim team. For Boos, continuing her swimming career in college, especially at West Point, is her dream.

“Yeah, I think I would be [a good fit for West Point] because of my times. I’ve looked at their times, I’ve looked at my times. I’m still a little off, but I still have two years before college that I can work on my swimming,” Boos said. “I still have to get through junior year, I still need to get through senior year while keeping good grades. I’ve talked to my parents and my guidance counselors about it, they think that my grades are good enough; I just need better SAT scores.”

Boos is not the only one who thinks she would be a good addition to West Point – Both Miller and Koch Carneiro agree.

Koch Carneiro agreed and was very confident about Boos and her ability.

“She works really hard at school and she has talent and potential to be even better at swimming, as I said she’ll probably be in the top 5 swimmers of the Army Black Knights,” he stated.

Bitcoin is back, is it here to stay? 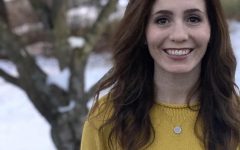 In the 2020 presidential election, residents of Glen Rock are more likely to vote for Democrat Joe Biden than Republican Donald Trump. However, the Gl... 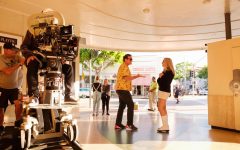 The making of a fairytale: “Once Upon a Time… In Hollywood”