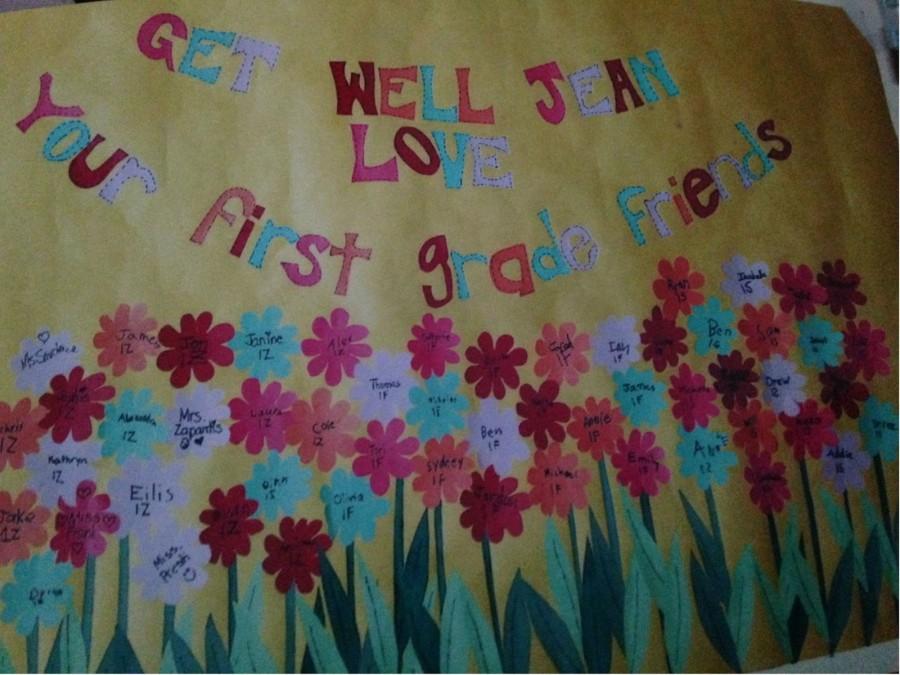 When Jean was hospitalized with LCH her first grade classmates made her a ‘Get-Well’ poster which she still keeps in her room to this day.

As Kathleen Walter brought Jean to the best doctors, she was also educated about what LCH really was and how it would affect her daughter.

Although LCH can happen to people of any age group, including adults, the cancer is most commonly found in children. LCH is often misdiagnosed at first, as seen in Jean’s case, because the symptoms of LCH can be mistaken for another injury. Sometimes patients don’t even display any symptoms, which makes diagnosis even harder. If patients do display symptoms they are usually characterized by skin rashes, bone lesions, lung dysfunction, liver dysfunction, spleen dysfunction, excessive thirst, excessive urination, chronic infections in the ear, loose teeth and swollen gums.

The big thing is that if you don’t catch it you could destroy the bone.”

Although treatment is sometimes not needed at all, other patients may need chemotherapy. Jean was one of these patients where chemotherapy was a necessary part of her treatment. LCH found in the skin and bones is describes as a low-risk disease because of the low mortality rate and the fact that many patients will survive. If LCH is found in the spleen, liver, bone marrow or lung it makes the disease harder to treat, making it high risk.

“The big thing is that if you don’t catch it  you could destroy the bone,” Kathleen said. If her family hadn’t figured out that Jean had LCH, she could have been seriously hurt. If Jean had gotten hit in her knee, then her bone could’ve been crushed resulting in growing problems and more surgeries.

Most LCH patients also have to go through a follow-up appointment to make sure there are no more complications such as, skeletal deformity, liver problems, lung problems, endocrine abnormalities, dental problems or neurological dysfunction.