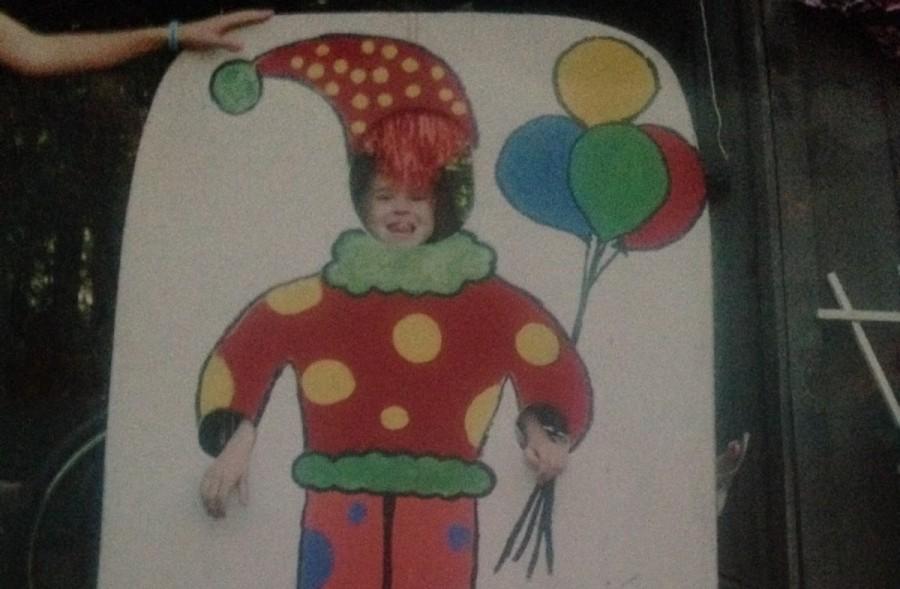 As an energetic child, Jean was always looking for a fun experience.

It’s March of Jean’s first grade year and she’s like any other 6 year old kid: bright, energetic and athletic. Before she was a soccer player and a runner, Walter used to do gymnastics: her grandfather even came to her recitals.

At one of her recitals Walter was performing a vault while her grandfather was watching, standing by the sidelines. When she landed the stunt, she completely favored her left leg, putting all her weight on to her right leg. This was when Walter’s grandfather knew something wasn’t right.

It could have been so many horrible, terrible things.”

Months before her gymnastics recital, Jean had gone to three different doctors for knee pains. All three had a range of possible explanations for her pain. The most common was that Jean was simply having growing pains like most kids her age. These doctors did some x-rays and believed that there was nothing wrong. Only a few believed that Jean could have leukemia, a more dire diagnosis.

“They said, ‘We don’t know what it is until we actually open up the bone and take it out’. It could have been so many horrible, terrible things,” Kathleen Walter, Jean’s mom, said. Kathleen teaches history at Glen Rock High School.

Finally, Jean and her family met with a fourth doctor who performed a bone scan. A bone scan uses a radioactive dye that is injected into the patient so that the scan can be performed. That’s when Jean’s real diagnosis showed.

“You could actually see that there was definitely a tumor,” Kathleen Walter said. The tumor was located inside of Jean’s femur, the bone inside the thigh. Although the tumor was benign, it was extremely big, around the size of a quarter, and it crushed the nerves running down Jean’s leg. This explained the pain she felt in her knee. It was then confirmed that Jean had Langerhans Cell Histiocytosis (LCH).

Although it would be a couple years until Jean fully understood what was happening in her body, her mother and father both knew the road their entire family had to go down, and they knew about the great responsibilities that they had to take on.

It’s funny because we were taking her around and taking her out of school to all these doctors, and the doctors never knew she had sisters or had a twin.”

Remembering the day that she and her family heard about Jean’s health, Kathleen believes she reacted like any mother.

“When we got the diagnosis and they finally figured out what she had, the first thing that I yelled was ‘Where does it come from? Is it genetic? She has a twin! Should I bring her twin in?’”Kathleen recalled. “It’s funny because we were taking her around and taking her out of school to all these doctors, and the doctors never knew she had sisters or had a twin.”

After she learned about her daughter’s health situation, Kathleen immediately knew she had to bring her daughter to the foremost hospital with the best doctors and hospital staff. Throughout the whole time that Jean had LCH, she was brought to over four hospitals in search of the best treatment.

While Walter took care of Jean, she also had to make sure that her other two daughters, Alex and Casey, didn’t feel left out. The Walter parents had told the girls that Jean was experiencing growing pains and that it was normal.

Alex and Casey both understood the amount of stress their sister was under during the time she was sick and, although they also understood why Jean was getting all the attention, Alex remembers getting jealous towards the end of first grade. Alex was only six years old at the time.

Alex said that, many times, siblings of cancer patients – or any disease – would feel left out or lack attention. For Alex, though, this never happened because she and her sister were extremely close.

Overall Jean’s whole family was always there for her, trying to support her in any way they could. Although they worried about her health, nutrition and “didn’t sleep a lot”, Kathleen says that because she brought Jean to the best doctors, it eased some of her stress.