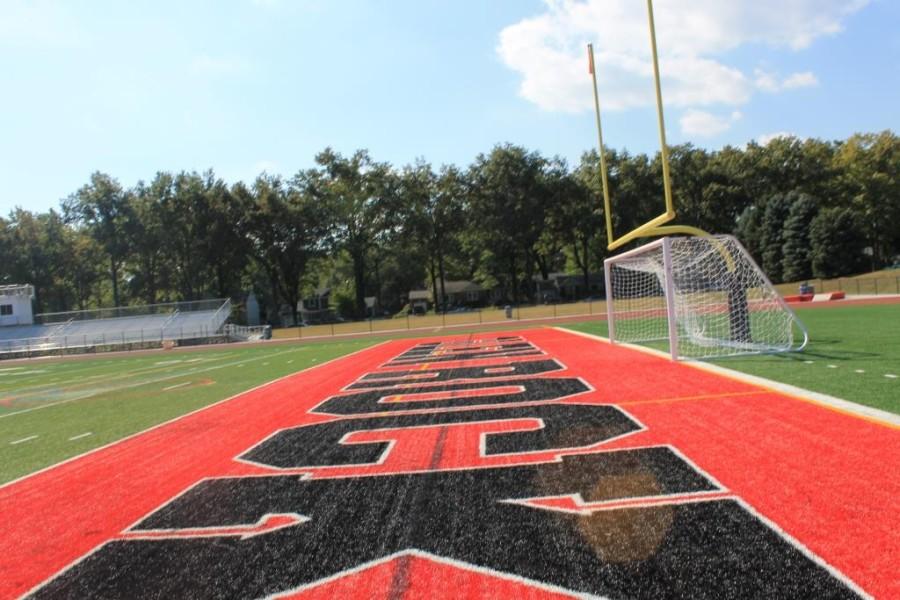 Fantasy sports creates the illusive thrill of victory for both athletes and non-athletes alike, bringing fans closer to their favorite sports.

For many of the scrawny, un-athletic students who have realized that they likely have a better chance of winning the lottery than playing professional sports, fantasy sports provides just that – a fantasy.

Fantasy sports, particularly fantasy football, are rampant among all people, including high school students, reaching from August to the beginning of January. These ‘fantasy games’ present participants with certain qualities that they feel they can get nowhere else in life.

In fantasy sports, players assume the role of managing a team; they get to pick up free agents, organize weekly rosters, and anything else that a real team would do.

A fantasy draft can be organized in two distinct ways. One way is to start a draft online through ESPN or NFL.com.

The other path, however, relies on one’s local friend group from school, work, etc. These people then have a draft together.

Many high school students pursue the latter of the two, opting to play local games with friends and family members.

Kieran Rooney (’16), a self-acclaimed fantasy expert, said, “It really isn’t fun doing a draft with a bunch of strangers, the element of trash-talking and the competiveness is truly at a loss.”

I have my ways, and I feel bad for the people who check their team for the whole season. They just aren’t on my level.”

It was ancient War strategist Sun Tzu who once said that “the war is won before it has begun” – the same principle holds true when it comes to fantasy football.

The preparation to the draft is almost as essential as the draft itself.

Eli Lewis, fantasy football player who does not attend Glen Rock High School, drafts his player based off of posted statistics and then does not touch his team for the rest of the season. “If the season lasts 100 days, I look at my team for negative three days,” he said.

“My way works and that is that,” said Lewis. “I have my ways, and I feel bad for the people who check their team for the whole season. They just aren’t on my level.”

There are two different draft types, both of which offer a different experience.

Auction drafts really take fantasy sports to the next level.”

In an auction draft, the rarer of the two types, each player is handed a virtual amount of money, which can then be used to bid on players to be on their team.

Research shows that 95% of people who try auction drafts stay there.

“Auction drafts really take fantasy sports to the next level,” said Adam Kane (’16), a draft enthusiast. “Managing your money, determining when to nominate certain players, it takes the strategy necessary to win to an entirely new level.”

Yet while popular with many people, Kane tends to dislike this version of the draft.

“When doing an auction draft you always get the one person in the league who spends a fourth of their allotted money on one person, and it messes up the flow of the draft. It just isn’t worth the time,” said Kane, lamenting the bad selections fellow drafters have made in his past leagues.

Snake drafts, on the other hand, have no monetary aspect involved.

Three different people, three different strategies, and three very different decision making processes all sat down to do one thing, draft their team. Rooney, Kane, and Lewis, sequestered from one another’s screens, began their drafts, all competing against one another for first place overall.

Saddled with the third pick and having done no preparation towards his draft, Lewis was going completely off of the pre-given ranks. “With AP [Adrian Peterson] and LeSean Mccoy off the board, I guess I will go with the third ranked guy – Arian Foster,” said Lewis.

Meanwhile, Kane, who did extensive research before the draft, was dealt the sixth pick of the draft, and was cool and confident. Pick by pick, all-world players were going off the board but not a bit of anger seeped from his body.

Everyone drafts these amazing running backs in the first round and I’m sitting here calm as could be, and I just got the best Quarterback in the league. I’d say I’m feeling pretty good about what’s transpired.”

“I guess seeing all the Pro-Bowlers going off the board didn’t really affect me because I had a strategy going in, anybody would love to have one of these top running backs, but I had a plan, and the plan kept me calm.”

Just like he claimed, Kane had a plan going into the draft, when the 6th pick rolled around Kane snagged Peyton Manning and looked like he could not be more content. “Everyone drafts these amazing running backs in the first round and I’m sitting here calm as could be, and I just got the best Quarterback in the league. I’d say I’m feeling pretty good about what’s transpired.”

At this point in the draft, Lewis was equally confident, perhaps not realizing the tailspin his draft would soon take.

“Right now I have the third best player in the league on my team so you could say everything is going pretty well,” Lewis said.

Yet as the fourth and fifth rounds rolled around, anger started to show in Lewis’ face – drawing attention to the weaknesses of his preparation (or lack thereof).

After the early rounds of the draft, it was time for Lewis to analyze his roster and see what he needed going forward; it was safe to say that he did not like what he saw.

He had drafted two wide receivers, three running backs, and no Quarterbacks.  He was missing a pivotal piece.

At the conclusion, Kane was confident and couldn’t wait for the upcoming season. Lewis, on the other hand, was weary of what was to come.

As opening day approached, both players maintained different objectives while going into the season.

Not surprisingly, Kane was singing a different tune, alleging to “work the waiver wire till I can’t do anymore.”

The first three weeks of the season went surprisingly well for both of the players. Kane started out 3 (wins) – 0 (losses), and Lewis was 2-1.

Yet injuries are impossible to predict. So when Kane’s star running back went down and Lewis’s wide receiver suffered a season-ending injury, both Lewis and Kane needed to make possible season-defining choices.

Kane, with his immense amount of, practically had no worries; he had plenty of backups on his bench. But with Lewis’s lack of preparation he was in deep trouble. “I really screwed this one up,” said Lewis.

Lewis ended up getting very lucky and found a player on the waiver wire.

As the season went on both players had their ups and down.  During week ten, Lewis engaged in a heated exchange with a fellow player.

“There is nothing better than trash talking with a complete stranger,” said Rooney. “All bets are off and there is essentially no barriers with what can be said.”

Yet Lewis, who has previously espoused the benefits of trash-talking, had a negative view of the same issue, “Sometimes the trash talking with strangers becomes too much, and the other person takes it way too far because they feel there are no strings attached.”

It really makes me question how much of fantasy sports is skill and how much is, simply, just luck.”

When Tuesday morning, Week 10, rolled around Lewis was the winner, picking up the win but lamenting over another one of his best players getting injured.

The waiver wire is the place where fantasy players’ dreams die, the place where players realize that the players they drafted are really not good enough and new players are needed to fill the gaps.

The lowest-ranked team in the league has first priority to the free agents. They submit a virtual claim for whom they want and receive him, but if someone with a worse record (or higher priority) also had put the claim in for the same player they receive the right to the player and the first person ends up with nothing.

“The waiver wire might be the most beautifully frustrating place in the world,” said Kane. “Beautiful because it gives you a chance to rebuild your team, but frustrating because there is no worse feeling than thinking you have the ultimate sleeper, and then having someone else take the player who has a worse record than you.”

Through all the peaks and valleys of the year, Lewis somehow won his league. Kane, however, lost in the first round of the playoffs. 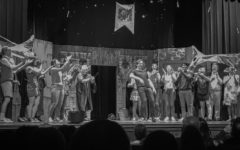 The boys varsity soccer team was the last fall sport to be without a loss this season. They stand extremely optimistic for what’s to come, as they a...

Over the past several seasons, the Glen Rock girls varsity soccer team has become a dominant force in the North 1 region of Group 1. Following a 16-4-...