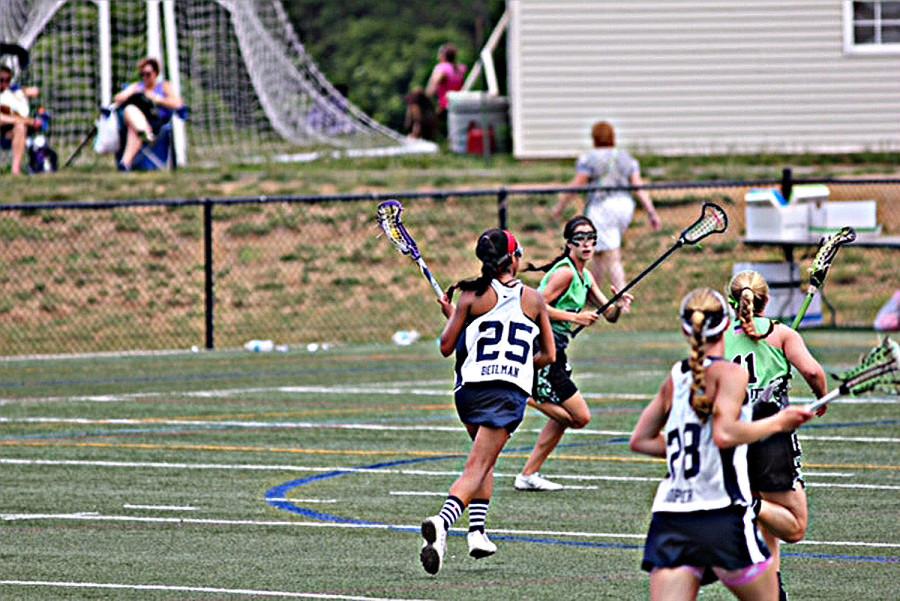 Alex Beilman received word from her future coach at Drexel.

When the head coach of the Drexel Women’s Lacrosse team, Hannah Rudloff, answered the phone, Beilman spoke quickly, trying to explain every detail as best she could

She hoped for the best. She was nervous. She was sure her heart was beating loud enough for the coach to hear it on the other end of the line. Her future was so uncertain, and it all would be revealed after this phone call.

Beilman finished her story and paused, waiting for the verdict. She will always remember the words she heard that day, and the effect they had on her.

“Alex, don’t worry.  It happens,” said the coach. “We still love you, and you’re still a great player.”

Relief flooded through her immediately. She could hardly believe what she was hearing. It was everything she hoped for and more.

She would still be able to be a part of the team. She would not lose her scholarship. She would be okay. More than okay, she would be happy.

Now, the only thing that Beilman has to look forward to is getting healthy again. When someone asks her about the fact that she has torn both of her ACL’s, she just smiles and replies that “they match.”

She has accepted all that has happened to her in the past and has set her sights on the future. Since this is the second ACL injury Beilman has had, her doctors are more conservative with her rehabilitation. She has to be out of sports for eight months instead of six, so they can ensure that she has enough time to heal completely.

Mondays, Wednesdays, and Fridays are spent at physical therapy at Excel in Waldwick. On Tuesdays and Thursdays she does weight training, and goes to work as a shooter for Ginny Cappichioni, who is a goalie for the men’s national lacrosse team. Then on Saturdays, she goes with her mom to work and sets up exercises to do on the side.

She’s lost it before and I think it’s the mental drive that gives her the ability to consistently become better.”

She will not rest until she is healthy.

Although lacrosse will continue to be a big part of Beilman’s life, she is also very excited for the other reason that she will be attending school next year—to get an education. She is thinking of going into a pre-med track or possibly going into physical therapy like her mother. She is interested because of what happened to her, and she thinks that she might want to make a career out of her experience.

Looking to the future, Beilman thinks that she will either continue school after getting an undergraduate degree so that she can become a physical therapist, or she will go to medical school. “We’ll see where that takes me,” she said.

Like any incoming college freshman, Beilman is worried and excited for what is to come. College is an entirely different atmosphere than high school and will definitely take some adjusting. But she is excited to be independent.

“It’s really a true test of if I can manage school and lacrosse,” she said.

Beilman is not scared. She has been through so much already, and can do anything she puts her mind to.

“She’s lost it before,” high school coach Taryn Tabano said, “and I think it’s the mental drive that gives her the ability to consistently become better.”