In the title-match, Rollins bowled the first 300 in the 13-year history of the stepladder playoff, making it the last, perfect shot of his high school bowling career.

This game immediately put Glen Rock on the title board.

Rollins started bowling when he was two years old and never looked back. “I realized I had a talent in 8th grade and dropped playing baseball because I figured I could go farther in bowling,” he said.

As a young child, Rollins bowled two to four times per week at Fair Lawn Lanes. Then, when Jake started high school, he joined the school’s bowling team. Now, he bowls much more often than he did as a child.

I feel happy for his accomplishment because it shows where hard work and dedication can get someone.”

Although he now bowls at Lodi Lanes, which is the team’s Home ‘court,’ they “travel all around the Tri-State Area for tournaments.”

Rollins made a name for himself two years back when he finished 61st out of 1050 people in the National Youth Tournament, ages 16-21. Rollins had just turned 16.

After that match, Rollins knew he had a lot of potential to become a big name in bowling.

With best friend Dan Dooner by his side, Jake knew he could accomplish anything. Dooner has been bowling with Jake since 7th grade and competitively since freshman year.

“I feel happy for his accomplishment because it shows where hard work and dedication can get someone,” Dooner said.

The GRHS senior wrapped up his high school bowling career at Carolier Lanes in North Brunswick by bowling a 300 against Allentown’s Matt Russo, who bowled a 214.

“To be honest, I knew if I put work in overtime, I would have a shot to win it,” Rollins said. “I worked my bum off and it paid off.”

The match was filled with familiar faces for Jake, taking the pressure off just a little. Both of Jake’s parents were there, along with the GRHS bowling coach, Ms. Bonnie Zimmerman. Rollins was also sitting lane side with a coach (who bowls as well), whom Jake is familiar with, from a team in South Jersey.

“I was not there because it was during school,” said Dooner. “I wish I was there to support my friend.”

Jake really felt the pressure at the beginning of the game.

I was feeling joy and almost a surreal feeling, and it was something I couldn’t put in words.”

As the game went on, Jake’s nerves started to slow down. It had felt like everything around him had frozen – that it was just him and the ball.

“I wanted to win but once I shot my opponent out in the 8th frame, I actually got calmer and focused on one ball at a time,” he said.

Bowling a perfect game – a 300 – is the hope of every competitive bowler.

“I couldn’t say I was too nervous on the last shot. It felt like it was just any other ball,” Rollins said.

Rollins’ emotions were running wild once he saw the final score. “I was feeling joy and almost a surreal feeling, and it was something I couldn’t put in words,” he said.

Everyone in attendance was proud of Jake for everything he had done in preparation for the match; it seemed like the match itself was just the perfect ending to all of his hard work.

“He’s just an amazing bowler. He’s smart, he has a good mental attitude when he bowls, and he’s just amazing,” said Coach Zimmerman.

“I was happy for him overall but when I found out he did it with a 300 I was shocked. Getting a 300 is hard enough, getting it in a match like that shows he’s that much more,” said John Fiorino, teammate.

Yet Glen Rock didn’t even have a bowling team four years ago when Jake started high school. Now, we are fortunate enough to have a state champion. Coach Zimmerman has been the bowling coach for only one season, but she is completely astounded by Jake’s accomplishment.

“I was not surprised when he scored a 300 at that championship game because again he did it the night before, he did it the week before, this was his 30th time [bowling a 300],” said Coach Zimmerman, “I admire his ability to practice hard. He’s so focused and never gives up. I am so proud of him.”

Coach Zimmerman believes in Rollins and is sad to see him leave the bowling team but is glad he finished off with such a big win, but will certainly not be his last.

Not only has Jake won the Boys’ Bowling State Championship, but Jake also recently won the Ron Fox Award on Monday March, 24th. The Ron Fox award is an award given to the ‘athlete of the year’ for Bergen County. The winner must have a great season and represent his/her team well.

“It was an honor to win this [award]. I’ve heard it’s a very prestigious award to win, and I’m very glad that I received it,” said Rollins.

When I saw who I was nominated with, I knew that it would be a slim shot of me receiving the award.”

Jake was nominated along with nine other people for this award. The award was given out at the All-County Dinner at the Fiesta Restaurant in Wood Ridge, New Jersey.

“It was after all of the ‘First team All-County’ [for each sport] was presented. After that they announced the winner(s),” he recalled.

Jake never imagined that he could win this award, especially considering the many others who received a nomination.

Rollins said, “When I saw who I was nominated with, I knew that it would be a slim shot of me receiving the award.”

“I’m proud and honored to have bowled with him. Overall I’m impressed that he won as many awards as he has,” said Fiorino

The anticipation built up for Rollins as the spokesman was getting ready to announce the winner.

“He kind of gave a little intro after he presented the first winner and mid-way through I had a feeling I was receiving it based on what was said.”

Rollins waited patiently for the winner to be announced. As the winner was said, Rollins was completely blown away to hear his name.

“I was shocked to say the least,” he said.

Even though the Bowling Team was not present to watch Jake win the award, they were ecstatic for him for this recognition and all of the other awards he’s won throughout the course of this season.

Jake Rollins plans to continue bowling when he goes to college next year.

“I believe I am bowling for William Paterson University in the fall,” Rollins said. “That’s my plan as of now.”

Rollins is leaving his career options open as he leaves for college at the end of the current school year.

As for the future of the bowling team, they will be losing one of their best players. But Coach Zimmerman has very high hopes for the players next year. “We have lots of potential,” she said.

“We’re losing some good seniors and great people over all,” said Fiorino, but “we will still be strong competitors and have a lot of heart.” 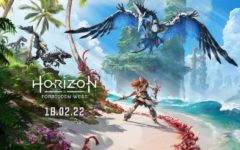 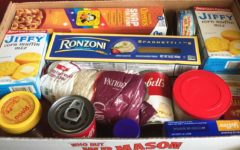 As the need for food increases, Debbie Brolsma finds a way to give back to the community

Artist: Shelly Revich As a senior in Glen Rock High School, Shelly Revich has always been involved in art. Whether it’s dance, martial arts, or ... 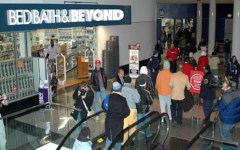 Students prepare for the holidays 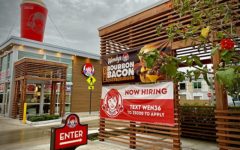