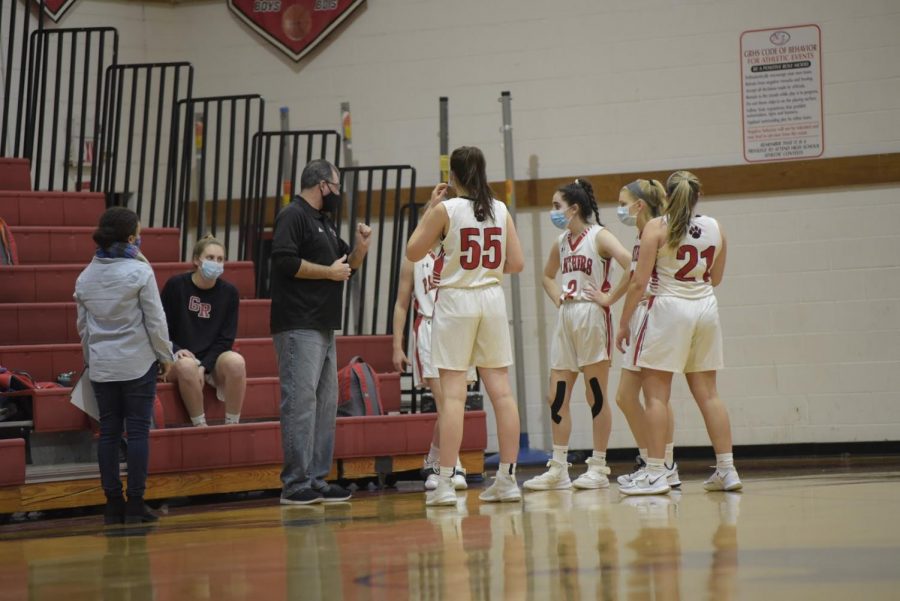 2020 has been a year unlike any we have seen before. With the coronavirus spreading rapidly many questions arose about one of the most important things for our young generation; school. Would students be able to go back to school? More importantly would they be able to take part in high school sports? With the cancelation of the 2019-20 spring sports season many wondered if high schools would get to play the 2020-21 sports seasons. Luckily for our Glen Rock sports programs we were able to participate in modified seasons.

The Glen Rock girls basketball team was one of our lucky Glen Rock High School Athletic teams who was given the opportunity to play in a very unique year. The team was very grateful for the opportunity and knew how hard they would have to work to make the season a success.

Prior to the season senior guard, Lauren Patasnik, said, “We know we are going to face adversity but if we are able to work as a team I think we will be able to put together a very good season in these unique circumstances.”

This season would consist of a shorter schedule beginning in late December and ending in early March. Also, there would be no county or state tournament at the end of the season. Furthermore, no fans would be allowed to attend games to begin the season. Some people may hear these things and think to themselves what is the point of playing. But to the Panthers it’s more than fans and playoffs. They play for the love of the game.

Patasnik said, “Taking a break during the middle of the season definitely was not ideal, but we were still able to get work in by ourselves and over Zoom so we were ready to go when we could come back.”

The Panthers did not let this speed bump affect them and after their two week break was up they came back and finished the year with a winning record of 7-4.

This season was definitely one that will be remembered. Although it was very unique it allowed the Panthers to grow as better individuals and a team.