If you could hear revolution, it would sound like this 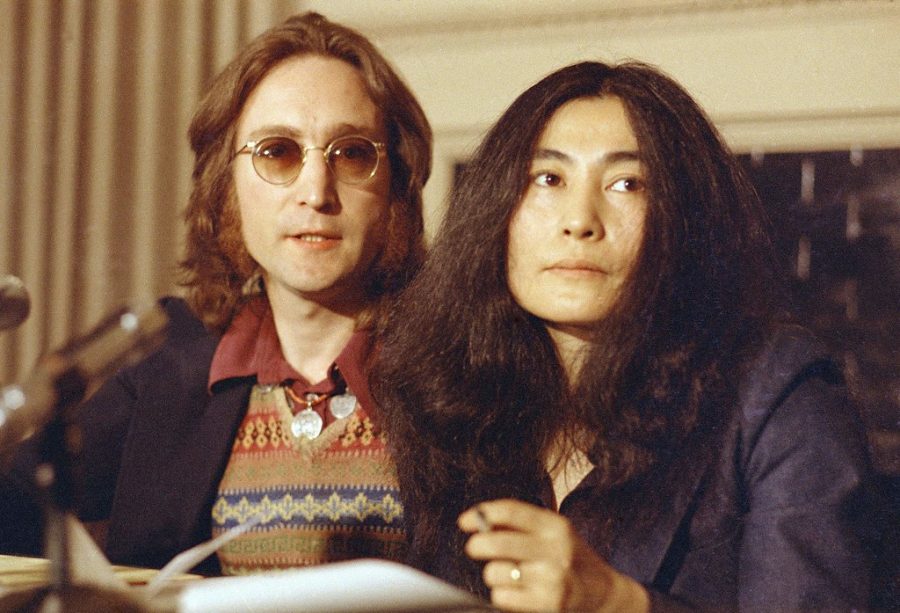 Our world is always changing. People feel different ways about certain topics, and they feel them passionately. This makes music so interesting- it unites us, all while allowing us to make our own interpretations and connections. It might help us form new opinions or generate new views on important topics and events. We might relate to music and allow it to create an outlet for relief or a feeling of belonging that humans need, all while following what we believe in. This is perfectly captured in the documentary, John & Yoko: Above Us Only Sky.
The documentary shows John Lennon’s life after leaving the infamous British rock band, The Beatles. With the Beatles behind them, John and his wife, Yoko Ono, moved to the UK to kick start a solo career. The documentary beautifully breaks everything down a step further. Specifically, it decomposes the process of creating the 1971 album “Imagine.” Many people see Yoko as a terrible person for breaking up one of the most iconic rock bands in history, but in the film she is depicted as an activist, an artist, a creator and most of all an inspirer. As someone who grew up in Japan during WWII, she didn’t have much as a kid, molding her into a visionary.
While it does depict some difficult times during the Vietnam War era, the documentary conveys a sense of hope to audiences. As viewers, we also get a glimpse into the world of activism through the eyes of John and Yoko. I felt like I was really in their hotel room during their bed-in for peace. Their hair long and shaggy and their white-as-snow bedding, the two of them sitting up with their protest signs and singing to the media. As a member of today’s society, this documentary was truly eye-opening. The parallels of people marching in the streets for what they believe in, the “end the conflict and unite” attitude speak such high volumes.
Something that was really stressed by the songwriters was the abundance of subjectivity and conceptualism in their lyrics. Whether it’s one of Yoko’s art exhibits in New York, a simple verse or even the clouds in the sky, you get to make of it what you want to. To look at some lyrics, “War is over/ if you want it” conveys this. In a recent interview, Yoko really tried to highlight the conceptualism of the words. Yes, war can be over, but enough people have to want it and really push for it to make that happen. The overall idea of people being able to interpret the lyrics for themselves prompted the duo to title the album “Imagine.” If you’re someone who enjoys pondering and translating what is presented to you, this is a great watch for you.