California pushing back start times for all high schools

California school districts approved laws in October to push high school start times to 8:30 a.m. by 2022. While Californians begin their school days nearly an hour later than we do in Glen Rock, I have to wonder whether the Sunshine State got this one right.

It can be a struggle for students to wake up for a 7:50 a.m. school day. As a junior I have ACT prep, homework, tests and quizzes to study for, and on top of that, athletics.

Parents say that their children should get to bed earlier, however it just isn’t that easy to get to bed at such an early time.

However, it may not be that easy to get to bed early, due to extracurricular, sports, and other things that students have to do after school. 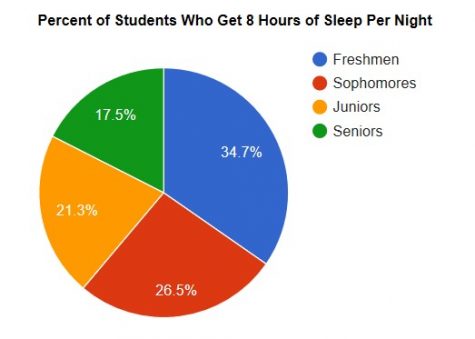 By moving the start time of the school day, students can get more rest, making them more productive for the rest of the day.

Would Glen Rock ever consider starting schools later? Most likely, no, due to athletics and games after school.

If they were to change to a later start, they may need to shorten the periods or make lunch shorter. It would take a lot of work, which is why school districts in California have a few years to design new schedules.