Don’t be mad we are keeping CAD! 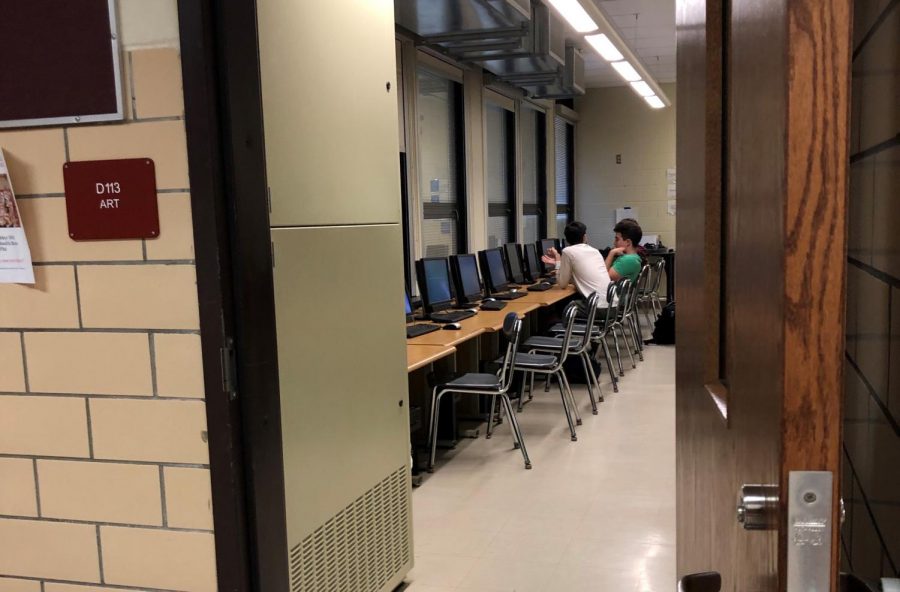 Students work at their computers as teacher Steven Kuipers instructs the class. CAD is a student favorite and hopefully will be taught by someone new next year, since Mr. Kuipers is leaving.

CAD stands for computer art and design. The class was taught this past year by Mr. Kuipers. There are 24 students in total enrolled in the class.

Steven Kuipers was the teacher of the course this past year. He took CAD 1-4 in high school and has always had a love for architecture. He teaches geometry and algebra 2 here at Glen Rock High School. He has also taught physics and calculus in other schools. Unfortunately, he is a replacement teacher and will be leaving after this year.

This was Kuipers first year teaching CAD. The program was developed specifically for this year. The curriculum was designed by Mr. Kuipers and his old CAD teacher from when he was in high school who also lives in Glen Rock.

A freshman in the class described it as being fun and an overall relaxed atmosphere.

One of the hardest projects of the CAD class is the final project in which students need to develop a home office for a family. Students have to do it in New York City so they need to be able to use space efficiently since the size in the apartment is limited.

“They need to work out how they can fit bedrooms, office spaces, bathrooms, closets, everything into this house and fit it in as perfectly as they can to maximize the usage of the space,” Kuipers said.

Kuipers describes the class saying, “ In CAD we are mostly talking about architecture and the relationship between 2D and 3D space. So, in the beginning, it’s all hand-drawing stuff, drawing 3D pictures on paper and turning those pictures into 2D pictures. And then about 6 weeks into the program we start talking about New Jersey Fire Code and architectural standards, and the students get to develop and design their own buildings.”

The class is loved by many students. While the snapchat location story was made, the rumor of the class not being offered next year is false. The only difference is that a new teacher will be teaching it next year.