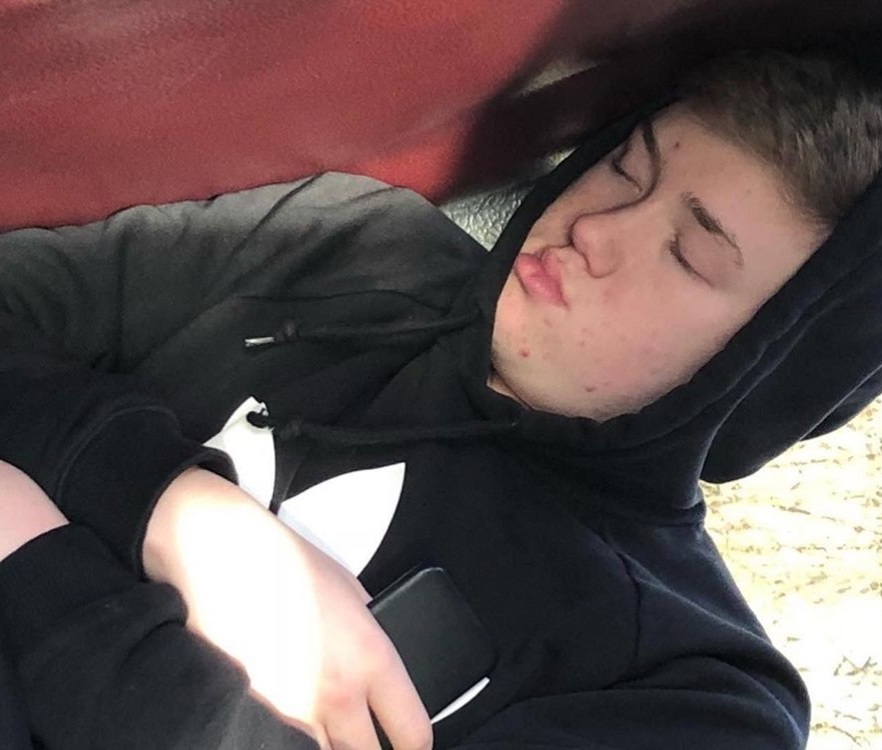 Sophomore Jack Lyon takes a nap during a bus ride home after a basketball game to cap off a long day of school.

The question that lingers around almost every school district: What is the appropriate time for school to start? Research has shown that schools across the country need to make their arrival times later.

For instance, the Seattle School District changed its start time from 7:50 to 8:45, which has resulted in students having more energy and better grades. Wake up times shifted later by about 45 minutes, while students only went to bed at an average of just 11 minutes later. Students in Seattle have noticeably been more productive since 2016 when the district first implemented the 8:30 start time.

Unlike students in Seattle who start school at 8:45, Glen Rock High School students, along with 80 percent of students in the country, begin school at 7:50. It is recommended that students get at least 8.5 to 9.5 hours of sleep every day, but this is not the case for most middle and high schoolers.

Deprived sleep not only has a negative effect on students, but also student-athletes. Athletes who get fewer than about eight hours of sleep a night are two-thirds more likely to sustain an injury. This also has a negative effect on student-drivers. If it is hard for students to pay attention in school because of such early start times, imagine what it must be like for them to drive to school, endangering others on the road, as well.

Studies show that when students get the right amount of sleep, grades will go up. And they make the most progress when they get more sleep at night. It is definite that better sleep results in more energy and better production.

It is evident that schools should be implementing these later arrival times as fast as possible, but there are a few things that prevent this from happening. First off, school starting later means that ending later may be necessary. This can be trouble for after school activities, specifically for the athletic teams. It can be a struggle to get games in for outdoor sports before sundown, which would be trouble for a school like Glen Rock, which does not provide lights for its baseball and soccer field.

Sports teams would also have trouble packing in all these games for both the boys and girls Freshman, Junior Varsity and Varsity teams if school was to end later. The change in school hours would also make it difficult to schedule busses before and after school. Glen Rock does not use a bussing systems to get students to and from school, but it does use them for after school activities.

Ending school later could also interfere with after with older students’ jobs or community service. Changing the school hours could create a problem with job or service hours, which would not be as easy to change as sports.

As you can see, there are issues that prevent these later times, but at the end of the day, academics is what comes first. Giving students more time to arrive at school will make a substantial increase in grades. It is just a matter of whether school districts are willing to fix the problem with athletics that proceeds if this is to happen.