Will the real Mike DeAngelis please stand up? 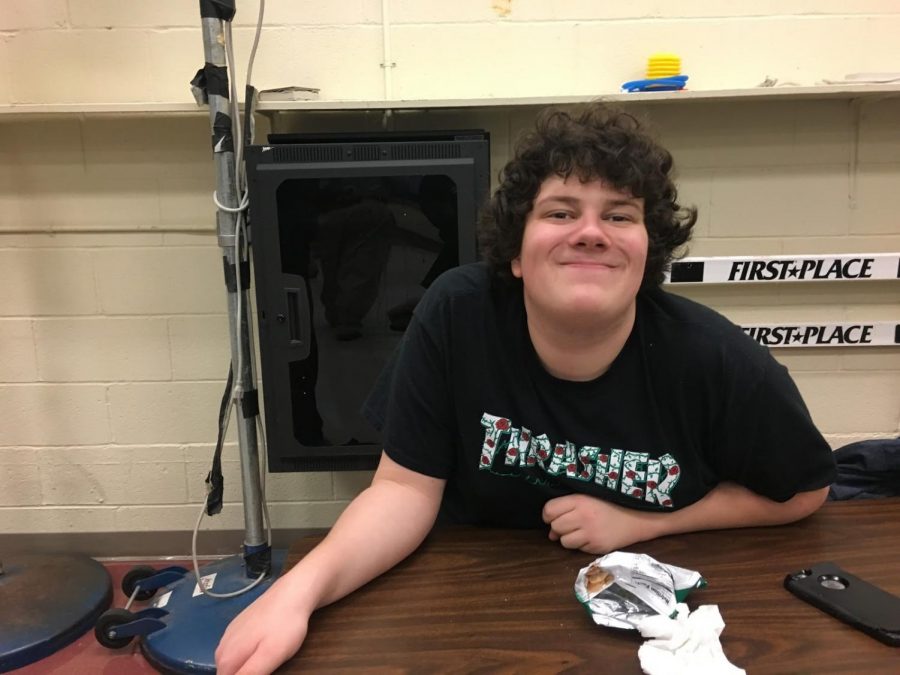 Mike DeAngelis writes his songs during his free time. He has already released 13 songs and still has a new mix tape being dropped.

He’s a white male with curly hair, and he wears baggy Bape and Huf clothing. While one may see him walking around school with a low profile, little do most know that he goes home and writes rap music.

Mike DeAngelis, a junior, produces his own music. DeAngelis started writing his music during his freshman year photo class. He said he used some “free time” to start jotting down some lyrics, hearing how the music would sound in his head.

“I was really good at photo editing, so I had a lot of free time and when we all finished early we would just write music,” DeAngelis said.

Max Lindley, Kyle Fisher, and Robby Pinto all helped DeAngelis write his music, then DeAngelis started producing the music himself.

Soundcloud, a music app that allows users to upload or listen to music, allows DeAngelis to share his tunes. By searching DeAngelis’s username, “FATA$$,” listeners can subscribe to his channel and listen to his newly produced songs. He uploads his music using Soundcloud’s  “creators app,” Soundcloud pulse.

He has sparked a few other students to start producing music, most music of which is rap. Elijah Fernandez and Ben Packer both produced songs on Soundcloud this year.

DeAngelis plans to release his mixtape soon. It will feature new music, and he says that the sound is different from his previous songs. The plan was originally to release it in 2017, but the date has been pushed back. DeAngelis says that these songs are more of an artistic effort.

“Currently four out of the nine songs are done where I have actually tried,” he said. “It’s different, not as crude as my other stuff. It’s actual rap.”

DeAngelis plans to release the final mixtape at the end of January or early February.