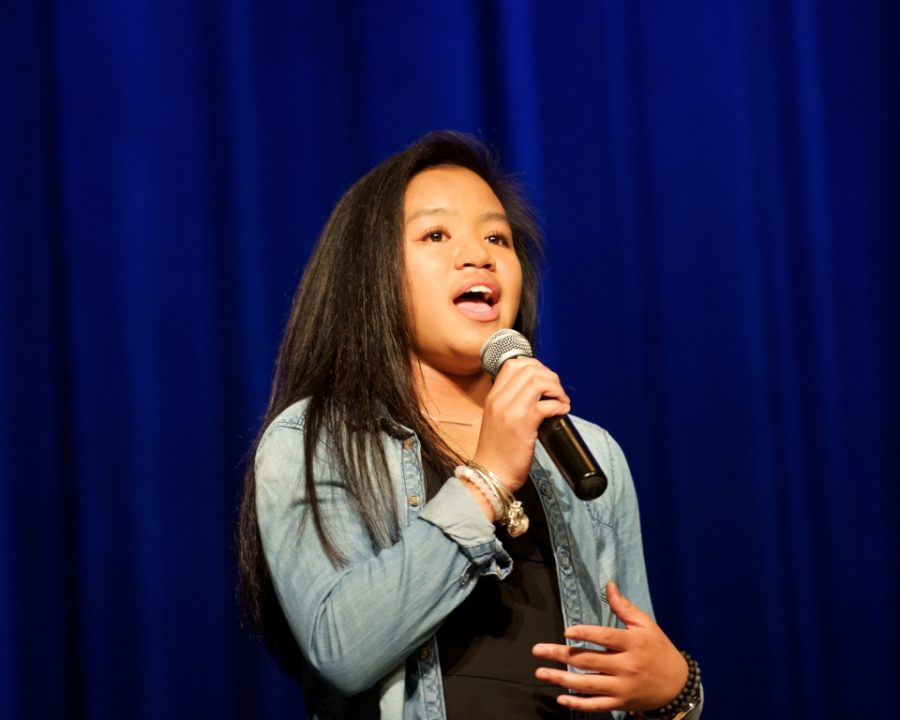 When a Glen Rock alumnus wanted to honor his deceased best friend, he did so for four years by hosting the Christopher Barron Dance Fundraiser.

This year, however, the fundraiser will not be continued.

Christopher Barron lost a battle to leukemia and died at age nine. One of his childhood best friends, Jordan McMahon, had honored him by hosting a fundraiser in his name while McMahon was in high school. The fundraiser will come to an end with McMahon’s graduation.

“I believe that the fundraiser had a great four years. I could not be happier with how it all turned out and how it all evolved. Now that I am out of high school, it is time for the tradition to come to an end,” McMahon said.

Looking back from his current school, Ithaca College, Jordan hopes the fundraiser had a positive effect on the community and will continue to be remembered.

“It was my pleasure to put together such a community-oriented event to raise money for a great cause while also keeping Chris’s memory alive,” McMahon said.

The idea of the Christopher Barron Foundation Fundraiser came about four years ago and took days of preparation to put together. McMahon’s sister, Rachel, recalls the event fondly.

“My favorite part of the fundraiser was watching my brother perform. I knew how much the event meant to him and to watch all of his hard work and dedication come alive on stage was incredible,” Rachel said.

Jordan and Rachel decided that since last year would have been Christopher’s graduation year, it seemed to be a fitting end to the fundraiser.

“It seemed appropriate that it would end the year that Christopher would have graduated from high school. Jordan was extremely invested in it as a performer and the main organizer of the event, so it seemed difficult to do it without him,” Rachel said.

Jordan organized the event and performed many dance routines, some independently and some with others.

“I choreographed and improvised many of my own dance numbers over the years. I also had some pieces that were collaborative in terms of choreography,” McMahon said.

McMahon also advertised throughout town, found people to perform and made a lineup.

“Although it was a lot of work, it was easily one of my favorite parts of my high school years,” he said.

The idea came to Jordan as a freshman when thinking about bringing Christopher’s memory with him through his high school experience.

“I am beyond proud of the legacy these four fundraisers has, and I hope people will look back and remember how much they enjoyed them,” McMahon said.

Junior Kaitlyn Arcede performed “Halo” by Beyoncé in the final fundraiser last year. Arcede got involved when her attention was brought to the foundation by her friend, Rachel McMahon.

“I really wanted to become a part of it and help raise more money by telling my family and friends about it who, prior to me being involved, didn’t know about it,” Arcede said.

Arcede is sad to hear that the dance fundraiser will be discontinued because she enjoyed seeing all of the talent from the performers and everyone having fun raising money for the foundation.

“I see that by Christopher being in Jordan’s graduating class it was only fitting for the fundraiser to ‘graduate’ with both of them, and I think it was a beautiful thing Jordan kept going for him and the Barron family all those years,” Arcede said.

Over $20,000 was raised over four years, with the money going both to scholarships and the Christopher Barron Live Life Foundation.

“I am beyond proud of the legacy these four fundraisers have, and I hope people will look back and remember how much they enjoyed them,” McMahon said.

Jordan’s efforts did not go unnoticed by those who participated in the event.

“I saw how hard Jordan has worked every year for this to be successful, and it most certainly has been successful every year. I will certainly miss it, but it definitely ended on an amazing note,” Arcede said.

As for McMahon, the event was always about Christopher.

“My favorite part about putting on the fundraiser was knowing that Chris was smiling from up above. He had a front row seat and was enjoying the tremendous performances every year,” he said.