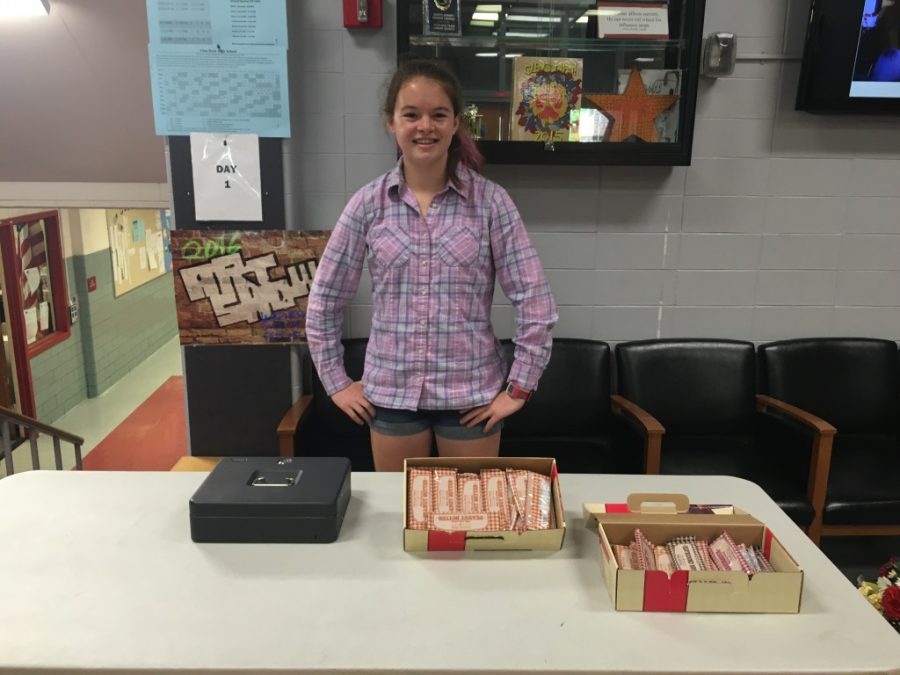 Mr. Mario Porciello, science teacher and sophomore class adviser, is in charge of the chocolate sales. Sales have gone very well, according to Mr. Porciello.

“We have broke even on buying the chocolate,” Porciello said. “We already made our money back on like the second day, so we are making pure profit.”

All sophomores are able to participate in selling chocolates, but those who have participated so far have been mostly class officers and student council members.

This is the first year chocolate sales have taken place for the sophomore class. It has so far been very successful, according to fundraising participants.

In the past, sophomores have raised money with bake sales, but after Porciello received samples of chocolate from Gertrude Hawk’s Fundraising Division, Porciello and the sophomore class decided to sell the chocolates instead. It is still to be determined how the class will fundraise next year.

“We’re scared that people are gonna get sick of the chocolates,” Porciello said. “So if we do sell next year, it’ll probably be something different, maybe candy, but not chocolate again.”

“It’s a really good idea, we might do it again next year, or something similar,” Tymoshenko said.