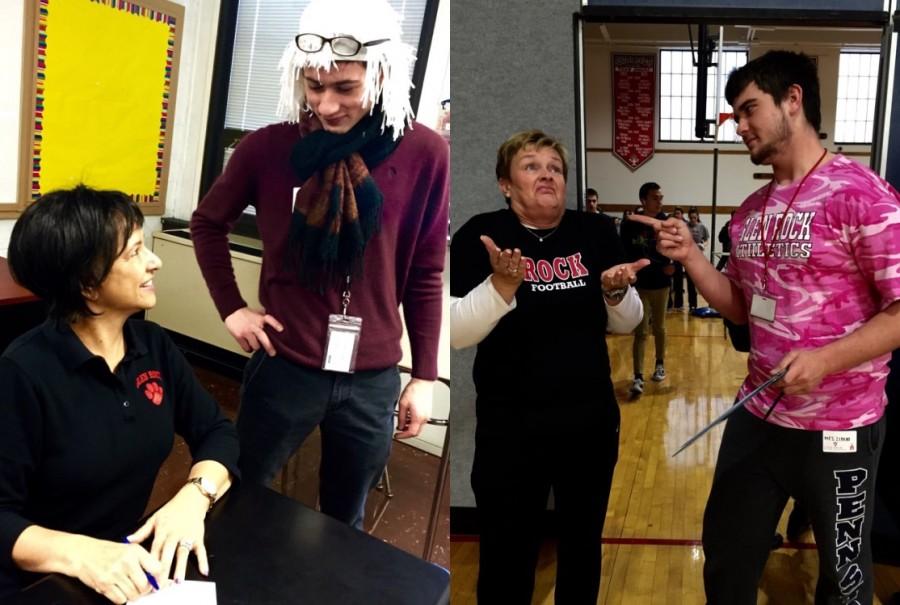 Seniors and teachers switched roles on Wednesday, Nov. 25, for Teacher Student Day. The students prepared lessons, taught classes and had authority over the underclassmen to a degree. The teachers also changed their roles and participated during class as students.

The seniors had the opportunity to choose a teacher and the teachers had to sign a permission slip guaranteeing that they did not have more than three student teachers. A teacher can decline a request.

“I’m just hoping that they won’t do anything crazy,” Scott Kupka, art teacher, said prior to Teacher Student Day. He was referring to his student teachers: Josh Stein, Coehl Gleckner, and Ian Crawford.

However, Kupka’s students had a different idea.

“With all the pressure of the holidays, you need something to relax,” Mike O’Hagan (’16) said.

While this day was a fun and eye-opening, students and teachers both agreed that if this were to happen everyday, there would be a lot more change to come.

“I think Ms. Zimm would get straight As in this school. She’s so smart, and talented,” O’Hagan said. “And for me, as a teacher, I would just do my job. I don’t know, I’d love coming to work every day. Gym teachers are awesome. They get to deal with some of the best athletes in the world at Glen Rock.”