Ready to tackle the PARCC? 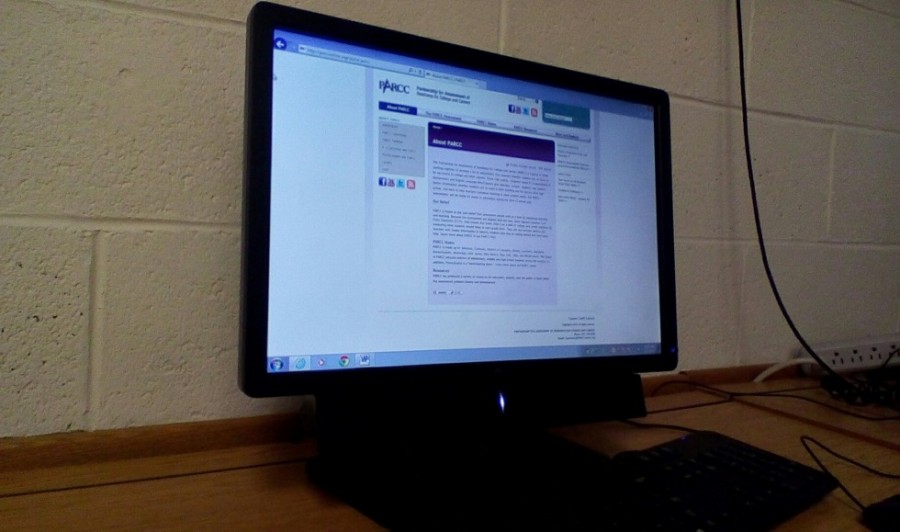 The PARCC tests will be administered on the computer which may pose some challenges for students.

The first thing that comes to mind during this time of the year for students of Glen Rock High School is midterms exams. However, some students are not aware of the fact that another is just around the corner— the PARCC tests.

PARCC stands for The Partnership for Assessment of Readiness for College and Careers. As many students know, this year the State of New Jersey State is turning away from the previously administered New Jersey ASK for middle and elementary schools, and the HSPA for high school juniors after the success of initial field tests. Instead all students will take the PARCC exam corresponding with the appropriate Math and English Language Arts course that they are taking.

As posted on the school’s “Announcements” page, PARCC testing for the high school will take place between Feb. 20 and April 2. In between, there will be a ten day break for juniors who will be the last class to take the HSPA.

“The PARCC is designed for a twenty day testing cycle to allow schools to fit everybody in for the components that they need to test. Because this is also the last iteration of the HSPA test at the exact same time, high schools were given the option of taking a break for ten days to allow those HSPA students to test without having to worry about the PARCC as well,” said Lawrence Wolff, Director of Student Personnel Services.

Unlike the New Jersey ASK and the HSPA, which are tests designed by New Jersey state to test its own standards, the PARCC test is based on a national set of common core standards. New Jersey decided to join the PARCC coalition which is why the test has been changed.

“Grades 9 through 11 will be taking both English Language Arts and Math. Each of those areas has multiple components within it,” said Wolff.

Switching from the HSPA to the PARCC poses challenges for both students and the school. In the past, the HSPA has been taken only by the junior class to qualify students for high school graduation. With the switch to the PARCC tests more of the student body will be tested. The PARCC test also goes more in depth when compared with the HSPA.

“Right now the evidence shows that it is going to be a more challenging test,” Wolff said.

Different from traditional paper-based tests such as the New Jersey ASK, the PARCC is taken completely on a computer. While this format is more secure, the school had to prepare itself for the infrastructure, bandwidth, and internet usage that would be necessary. Since the PARCC testing will be conducted during the school day, students will be called in groups to take their assessments and will be rotated in order to minimize wasted class time.

Taking the exam online is a concern for many students. This new system of testing means changes for not only the high school, but also the middle and elementary school.

“The thing that I’m mostly worried about is that it’s going to be online,” seventh grader Rebecca Podd said. “I know that next week my English class is going down to the Media Center to practice with the computers.”

Preparedness is also a concern since many students are not yet aware of when the PARCC will be administered or what will be tested.

“Being as there is no precedent for Glen Rock students, nobody really knows what they are up against and the teachers will be doing this for the first time,” freshman Jarod Forer said. “Personally I don’t think we are prepared for it yet, but being that it’s not for a little while longer, we have a lot of time to learn.”

Any problems that arose during the pretest have been reported to Pearson and fixed. Now all that’s left is prepare and take the test for the first time.