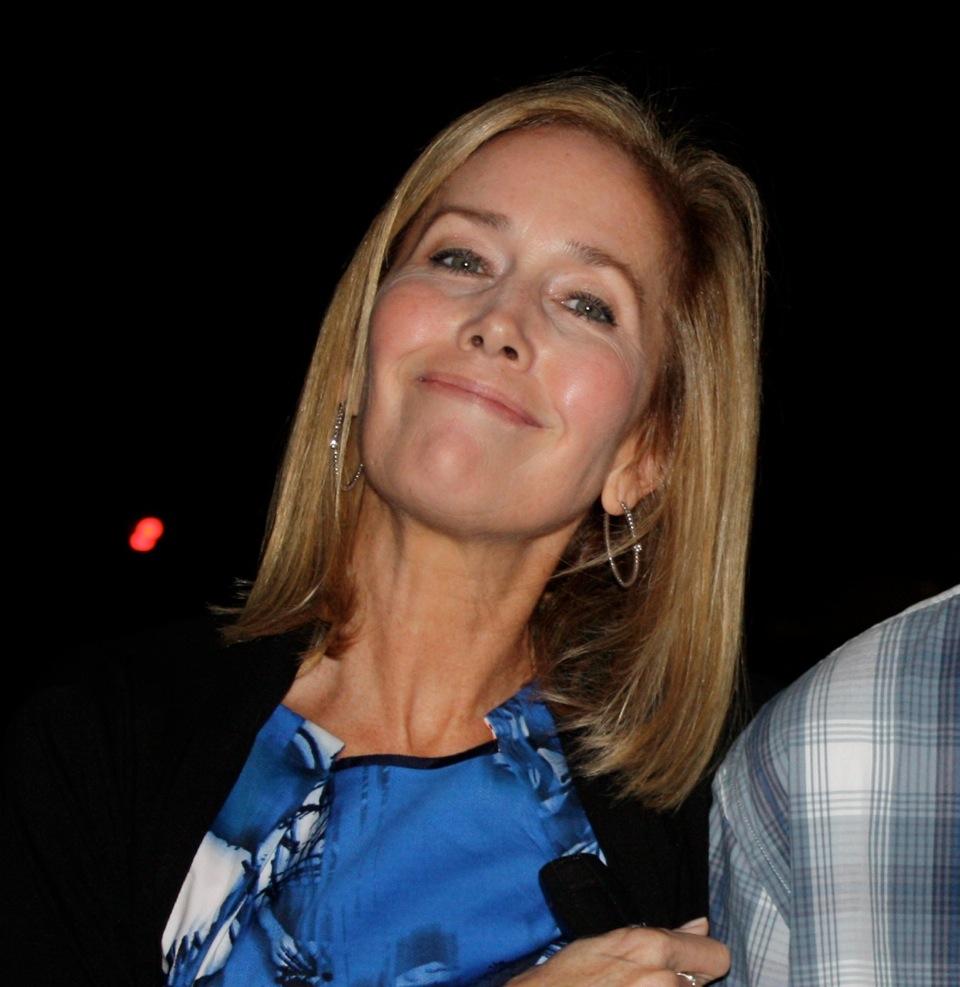 Traveling through Korea in the Peace Corps and covering various Olympics with CBS News, Katharine Squires is a successful and well-rounded GRHS alumni.

She also held an interest in landscaping since she was fourteen. In her second semester of her sophomore year in college, she learned that landscape architectecture could be a major. Kate would have pursued that originally, but she was behind on her math and science, and it would have taken five additional years to complete that degree. Yet later on in life, she would still pursue her interest in  landscape architecture.

She graduated from Douglass in 1980. The economy was not supportive of people with art and English majors, and they weren’t given many job opportunities.  So, she joined the Peace Corps and served in South Korea for nearly two years as a tuberculosis control worker in a county health center in Kyong Ju. Mrs. Squires described Kyong Ju as a small city about the size of Ridgewood in the southeastern part of the country.  “It was cold, and I was the only non-Korean in the entire town, so you can imagine what it was like for me at age 22.  I read a lot of thick books and froze my backside off in the winter and bathed in the public bathhouse.  I was thin and everyone kept trying to feed me,” says Kate Squires.  After her adventures in Kyong Ju, she traveled with a high school friend, Careen Shannon, in Japan, Thailand, and Hong Kong before coming home.

Mrs. Squires’s first official job was as the assistant to the Korean Consul General in New York. She wrote speeches and letters, answered the phone, and scheduled and planned events for the consulate and the Society of Foreign Consuls in New York. Mrs. Squires knew the Olympics were going to be held in 1988 in Seoul, South Korea, so she got a M.A. in journalism from the University of Missouri, which had a great program in broadcasting.

After that, she was an on-air news reporter for KRCG-TV, the CBS affiliate in Jefferson City, Missouri, the state capital.  At the time, John Ashcroft was governor and Ronald Reagan was President. “ I covered Capitol news, interviewed all sorts of newsmakers and covered fires, flood, murders, ball games — the whole gamut,” says Mrs. Squires. She was in her late twenties, and she used to get quite nervous during live shots.

Regarding her time on the news, she says, “The downside was that people would recognize me when I was trying to be private and schlump my laundry to the laundromat.  I also didn’t make a lot of money, but it was such a great learning experience to cover something different every day.”

Soon enough, Mrs. Squires worked her Korea-based contacts and got a job working on the Summer Olympics with NBC Sports.  Then, she moved with her fiancée back to The Big Apple where she worked on the Olympic Unit. Afterward, she spent two and a half months in Seoul covering the 1988 Summer Olympic Games.  “That job led to another writer/producer job at VH-1 where I did features, series and entertainment pieces.  I did a series on the 20th anniversary of the first moon landing that was nominated for an ACE award, but the highlight was interviewing the famous newsman, Walter Cronkite, and astronaut, Buzz Aldrin, among others,” said Mrs. Squires.

Unfortunately, VH-1 had layoffs and her show was cancelled.  She was on the verge of quitting when she got her greatest career yet, working for CBS Sports as a producer/writer on the 1992 Albertville Olympics and the 1994 Lillehammer Winter Olympics. She was able to interview skiers, skaters, lugers, and bobsledders. She also got to travel through areas in Switzerland, Norway, Colorado, Utah, Netherlands, and Austria. “I got to see each of the Opening Ceremonies at the three Olympics I covered and the excitement of being there is just magical,” Mrs. Squires explained.

Afterwards, Mrs. Squires went back to the News Division at CBS and covered medical news and breaking hard news. “Some of the big stories I did then,” she says, “Were the O. J. Simpson trial and the Oklahoma City bombing.  Some nights, tears would flow as I worked in the edit rooms cutting these stories.  I was glad I left the news business before 9/11.” She left the business after a short part-time stint at CNBC to be home with her two kids.

She left CNBC in 2000 to be home and study landscape design at the New York Botanical Garden.  “I had been a huge gardener since I was 14.  I ran my landscape business part-time and painted oil portraits of kids, dogs and houses in the off season on commission.  Mainly, I was a mother and enjoyed being home after an engaging career.”

Mrs. Squires was attracted to journalism because she enjoyed meeting every sort of person and knowing what was going on.  “I was traveling, learning about new things every day.  Being home all the time, I miss that now, but I wouldn’t trade my freedom now to be back in a hotel room again and on the road missing my family.  There is a time and place for everything.”

Mrs. Squires admires young people who are proficient with grammar and have the ability to make and keep a commitment.  “I appreciate a young person who knows how to stand up straight, be personable and polite, confident, but respectful.  It’s important to work hard and be smart, but the skill I wish I had known about is the ability to schmooze.” She believes that students have to be smart, have skills, and they need the “luck” of knowing the right people at the right time. Students should be patient and realize that they have to start at the bottom to make their way up to the top. She says to think long term. “Be yourself and do what you love.  If you don’t love it, you’re  likely never going to be that successful at it.”

Mrs. Squires learned a lot from her experience at Glen Rock High School, but just a simple conversation stood out to her the most. “Okey Chenoweth told me when I was trying to decide whether to be an art or English major undergraduate: I shouldn’t be narrowing my focus, but broadening it.  He was so right.  Don’t worry about majors.  Just study what you find really interesting.”

Her fondest memories of high school had to do with her friendships.  “I am still dear friends with a few of my classmates and am seeing the girl who sat next to me in seventh grade science class tomorrow at her apartment to help her pick out paint colors.  Not exotic, but I treasure her friendship,” she says.

When she was in GRHS, Mrs. Squires expected herself to be where she is now. She is home, painting, and taking care of her family. But, she didn’t expect herself to be working in the television business. “I didn’t even watch television — ever.  I had to buy one to watch when I decided to go into broadcasting.  My Mom couldn’t believe it.”

“Very few people know what they want to be when they grow up, and that’s good because it leaves you open to pursue new things.”