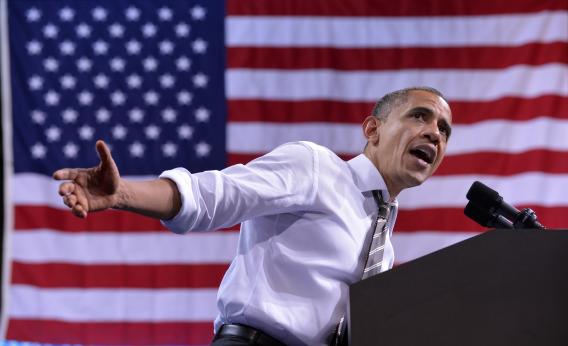 These days, it is not uncommon to walk through the halls and hear conversations about the recent election and the current state of our country. These past four years have been filled with both ups and downs.

The price of gas has skyrocketed over the past four years. When President Obama took office, the price of gas was about $1.95 per gallon. Now, it is common to drive past a gas station and see that gas is going for over $3.50 per gallon. Grocery prices since Obama took office have gone up 15%. The amount of jobs in the US has decreased tremendously. Over the last four years, 95% of jobs lost were those of the middle class. The unemployment rate has shot up as well over Obama’s Presidency.

In 2008, the choice was clear for many people. They wanted someone that would bring change to America. The second time around, the choice was not so clear. Many, after these four years, are not as well off as they were when Obama took office. It has become less about culture and background. Although there are a great deal of prejudiced people in America (who no matter what are going to vote for someone based on race and upbringing), many Americans this time have chosen to look past that. These people have realized that they need to put their personal needs aside and choose the candidate that they believe will do what is best for our country. Many people say that they were much better off four years ago. Some of you may be asking yourselves “Did America make the right decision choosing to re-elect President Obama?” Perhaps only time will tell.